It includes the Roughyeds’ three latest signings — backs Zack McComb, Joe Martin and Ben West, who were all playing for NCL premier division side Siddal last season although McComb and Martin have been in professional environments previously.

Dual-reg players are not involved and most of the five contracted players whose names don’t figure in the 19 — Steven Nield, Gareth Owen, Craig Briscoe, Jack Spencer and Ben Davies — have injury issues.

“The Lions will be out to cause an upset. It’s their big day and we will have a lot of respect for them.

“But the reality is that if we do everything right and show the same intensity and attitude as we did at Whitehaven last week it will be a very difficult day for our visitors.” 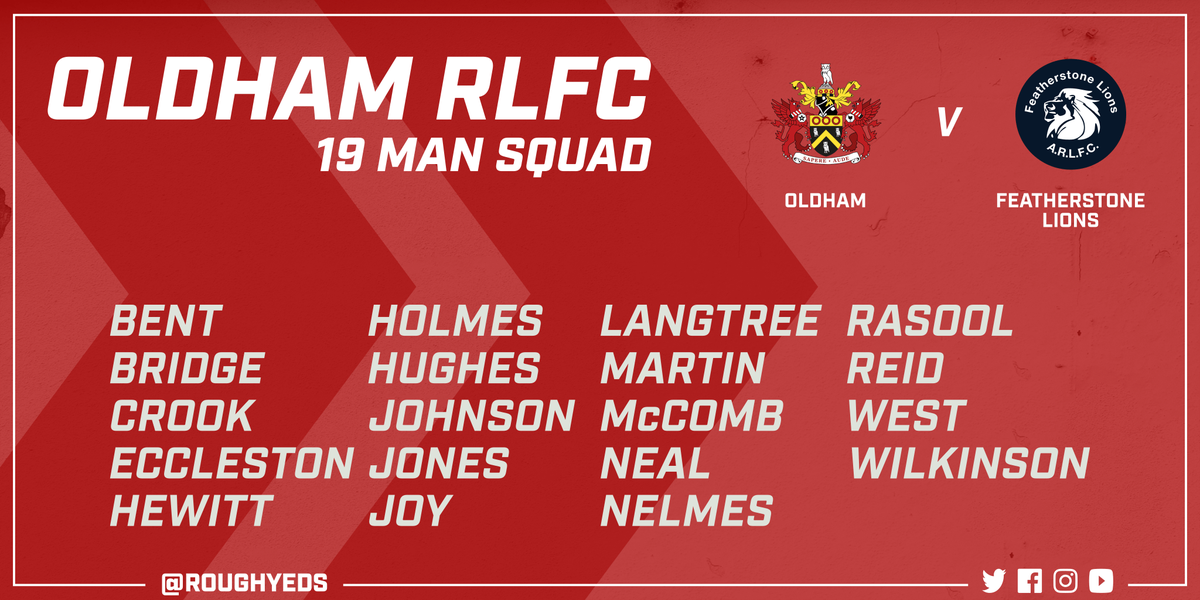 The fourth-round draw will be made live on the BBC Sport website on Tuesday (Feb 27) from 7pm.

Eleven Betfred Championship sides will enter the draw alongside the 13 third-round winners.