RYAN Lannon, the Salford Red Devils forward who had a strong game for Oldham on dual-reg in the 14-0 win at Whitehaven, is again included in Scott Naylor’s 19-man squad for the big game against York City Knights at the Vestacare Stadium tomorrow (Sunday), kicking off at 3pm.

The 21-year-old back-rower, Wigan-born, is a product of the Salford youth system, who has earned a regular first-team spot over the last couple of seasons.

He has scored seven tries in 36 appearances for the Red Devils, whose website describes him as

“solid in defence, while offering fantastic attacking lines in the opposition third.”

Prop Adam Robinson is a former Oldham player, while winger Kieren Moss is a former NRL player on loan from Hull KR. Also on loan is forward Colton Roche, who has just joined the Knights from Huddersfield Giants.

Half-back Matty Marsh and back-row forward James Donaldson are on dual-reg from Hull KR in a very experienced squad that has several over-30s in Ben Cockayne, Adam Robinson, Andy Ellis, Graeme Horne and Tim Spears, who will be playing his 350th career game after turning out previously for Featherstone Rovers (201 games), Batley Bulldogs (113), Dewsbury Rams (6) and Castleford Tigers (3).

A younger Oldham squad has only one player in the 30-plus category —- stand-off, goalkicker and vice-captain Paul Crook (31), who will lead the side in the absence of injured club captain Gareth Owen. 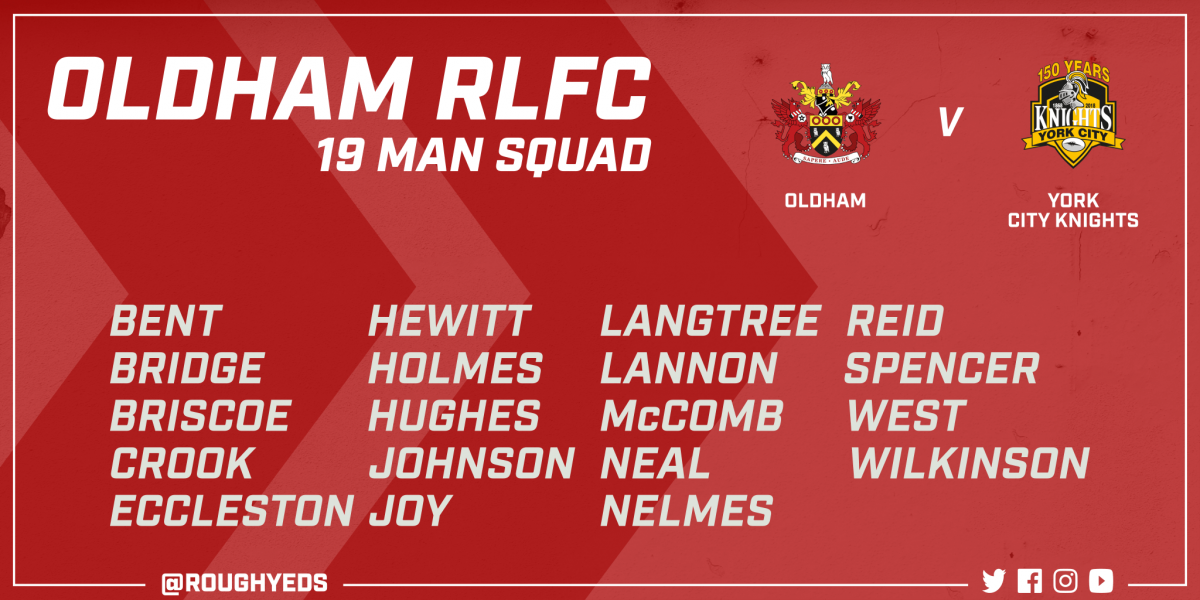