Nzoungou is available to Roughyeds under our dual registration partnership with his parent club, Salford Red Devils. He appeared in Oldham colours for the pre-season friendly game against Keighley Cougars at the Vestacare Stadium, scoring a try under the posts in Oldham’s 52-6 victory.

At the start of the regular season he signed for our Betfred League 1 rivals Whitehaven on a month’s loan and was a prominent player for our opposition as Oldham came away from The Recreation Ground with a 14-0 victory.

North Wales Crusaders have their own dual registration arrangement with Super League club Widnes Vikings and coach Mike Grady has included the Widnes players Stanton Albert and MacGraff Leuluai in his own 19-man group.

Wakefield born Leuluai has over 100 Super League appearances under his belt and followed in the footsteps of his father (James), uncle (Kylie) and brother (Thomas) to play in England.

Papua New Guinea player Albert is a prop forward who made 3 appearances for his country during the 2017 World Cup and has represented Penrith Panthers in the Queensland Cup. 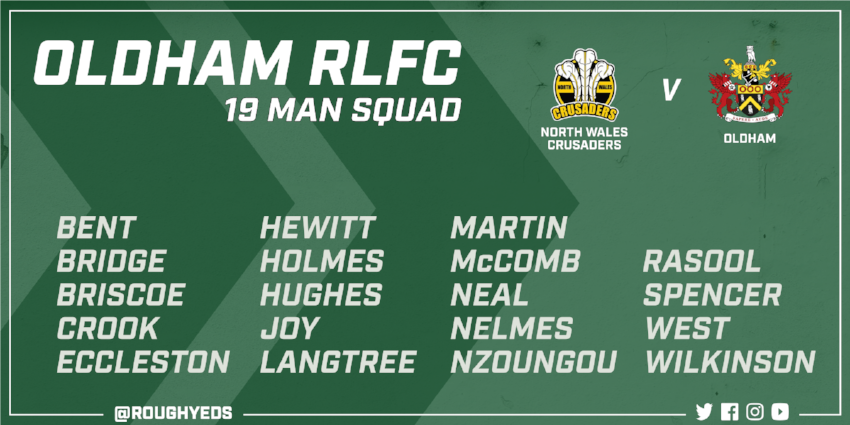 The Oldham players and management gathered together after training this morning (Saturday) to post for this season’s squad photograph. The event had been postponed on two previous occasions due to the spate of poor weather but went ahead today without a hitch; mostly.

We captured the action on video: