Gill back in 19-man squad

KIERAN Gill is back in Oldham’s 19-man squad for tomorrow’s tough Betfred League 1 test at Workington.

The 22-year-old on-loan Castleford Tigers centre was left out of last week’s Challenge Cup tie against Hull KR as a precaution after suffering a slight reaction in his first game back after major knee surgery.

But he’s back in the 19 for the long haul to the West Cumbrian coast to the exclusion of Zack McComb — the only change in the provisional squad.

Last week in the Cup, the starting spot went to club captain Owen with Hughes on the bench as his replacement.

Workington, whose 19-man squad includes two former Roughyeds in Carl Forber and Scott Leatherbarrow, will be out to deny Scott Naylor’s men the distinction of being the first visiting Betfred League 1 side to win at Derwent Park this season. 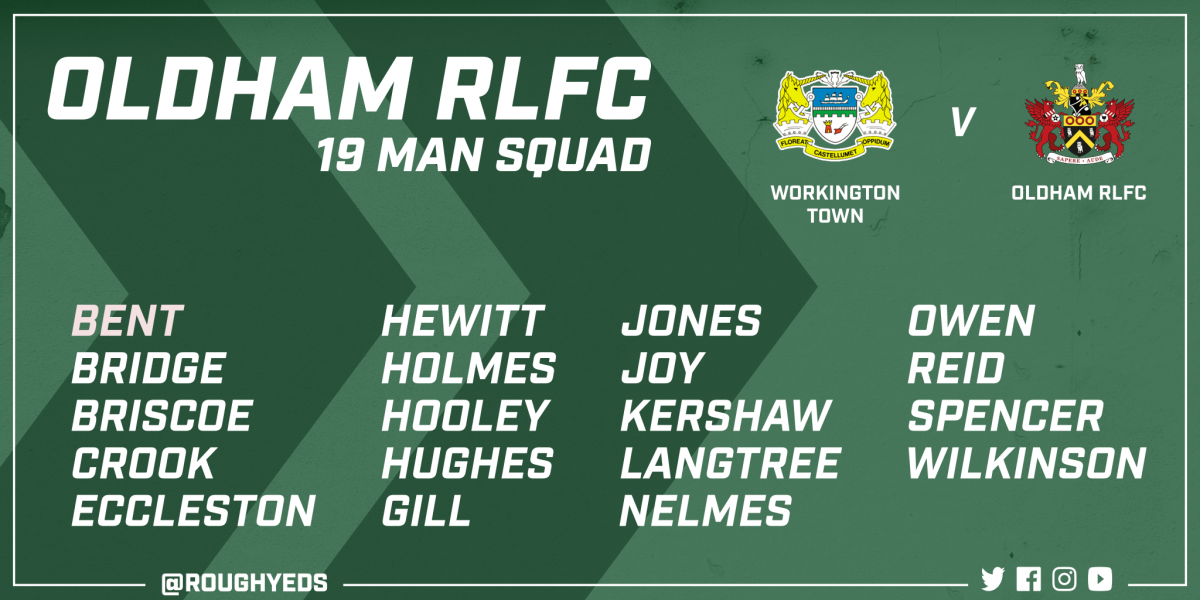