HOOKER and club captain Gareth Owen, who hasn’t played since he seriously injured a foot in a freak accident against Dewsbury half way through last season, is included in Scott Naylor’s 19-man squad for the Betfred League 1 clash with Hunslet at the Vestacare Stadium tomorrow (3pm kick-off).

Adam Jones is back in the provisional squad after missing a few games with concussion and Steven Nield is also back in contention, but winger Ben West is out, also with the effects of concussion.

There are no dual-reg players in the squad as Roughyeds aim to get back to winning ways after last week’s loss at Bradford Bulls.

Including the impressive Law Cup win at Rochdale, Roughyeds have so far won five out of seven games in all competitions this season and now look forward to two home league games in a row at the Vestacare against Hunslet tomorrow and Keighley Cougars next Sunday. 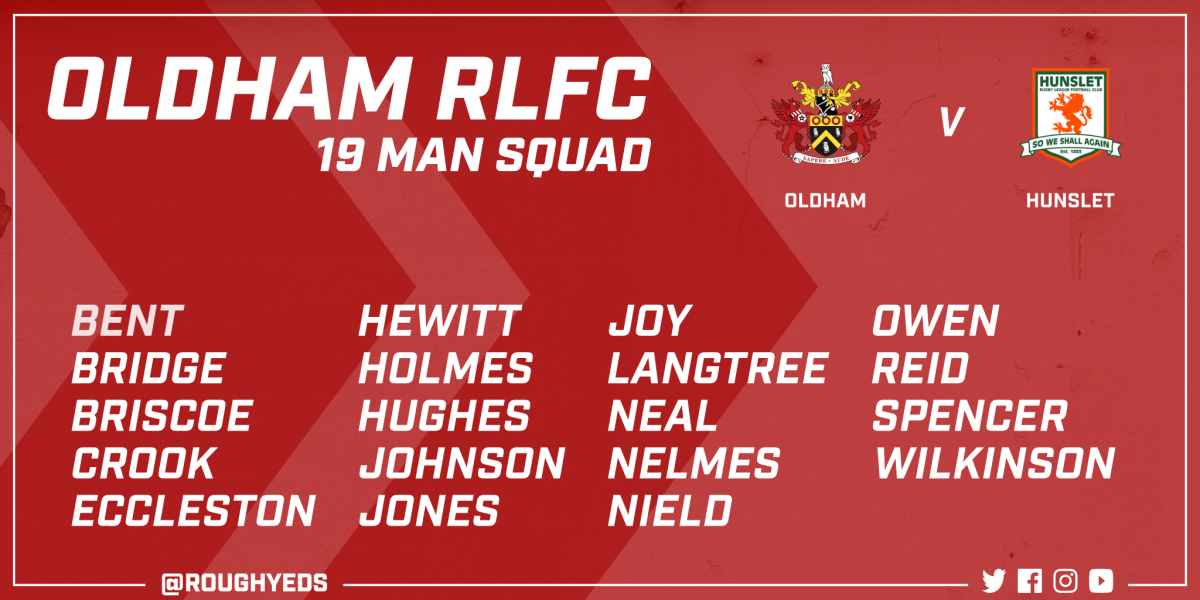