Scott Naylor has revealed his 19-man squad in preparation for tomorrow’s Betfred League 1 encounter with Hemel Stags at the Vestacare Stadium in Oldham (kick-off 3.00pm).

The Oldham coach has included backs Ben West, Zack McComb, Jack Holmes, Steven Nield and Kyran Johnson, all of whom have watched from the sidelines in recent weeks as the Roughyeds put together a string of consecutive wins.

The addition of dual-registered Salford Reds forwards Ryan Lannon, Levy Nzoungou and Gavin Bennion complete the changes from the side that defeated Newcastle Thunder seven days ago.

Rory Dixon, on a one-month loan deal from York City Knights, is also in line to play his second game for the Stags.

The weather is set to be fine and dry on Sunday afternoon and the Oldham club would like to encourage supporters to turn up in numbers for the match and perform their much appreciated 18th man role. 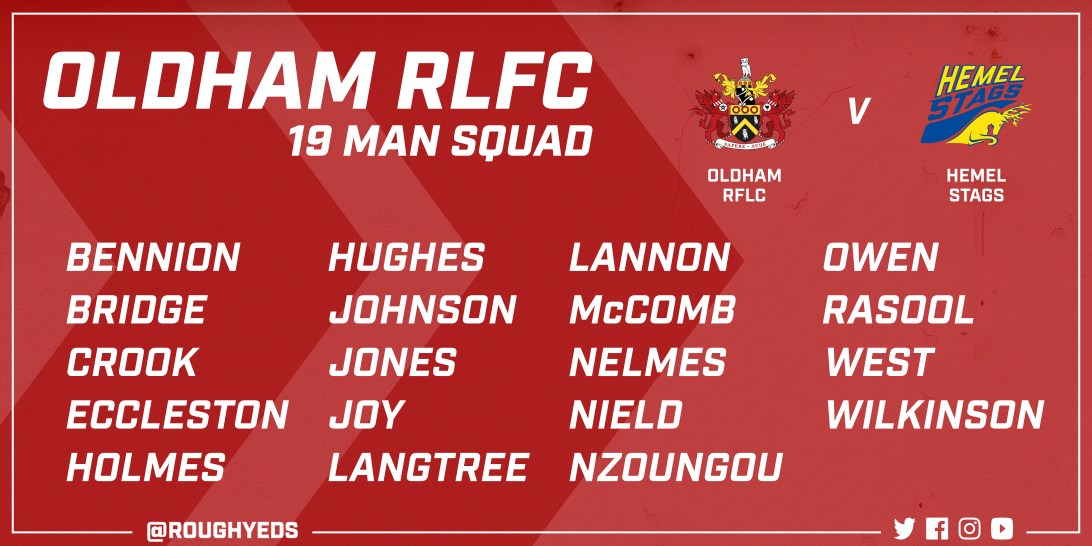