THERE are five changes in Scott Naylor’s 19-man squad for Saturday’s long trek to Llanelli for the game against West Wales Raiders which will kick-off at 3pm at Stebonheath Park, SA15 1EY.

There appears to have been confusion in some quarters about the kick-off time, but Roughyeds can confirm that it is 3pm.

Scott will pick from these 19:

Stepping down from the 19 for the Hemel game last week are the three dual-reg forwards from Salford Red Devils (Gavin Bennion, Ryan Lennon, Levy Nzoungou) plus Steve Nield and, for the first time this season, Paul Crook.

The five returning are Bent, Briscoe and Spencer in the forwards and Hewitt and Reid in the backs.

Hewitt was rested for the first time last week and now it’s his half-back partner Crook’s turn to take a breather.

Scott is able to rotate his halves thanks to hooker and club captain Gareth Owen’s ability to do a good job at half-back and to leave the dummy half role to Kenny Hughes and Matty Wilkinson.

“We made changes for the last game. The lads who came in were fresh. We’ve got lads fighting for spots and that’s good.

“Competition created intensity in the way we played, so this week’s changes will hopefully have the same affect and we will play like we did for 78 minutes out of the 80 against Hemel.

“We’ve got to be professional, show our opponents respect and kick-on to extend our current momentum (four league wins in a row).

“The changes are all about rotation. They’re not about individual players; they’re about the team and the squad and making the best use of the full squad so that everybody is primed and ready to go when they get the call.

“You can’t expect anybody to be out for several weeks and then to produce some amazing rugby when he’s back in the team.

“Similarly, you can’t expect a player to go flat out for 80 minutes in every single game. He’d never get through the season.

“You’ve got to use the squad and give everybody as much game time as you possibly can.”

Of the Raiders, he said:

“After the heavy defeats they suffered against York nd Bradford, few would have expected them to score 18 points against Doncaster last week.

“They’ve obviously been working on the right things and improving.

“We’ve got to show them every respect, like we did with Hemel, and give a professional performance.”

Stebonheath Park is a multi-use stadium, owned by Llanelli Council, with a capacity of 3,700. It’s home to Llanelli Town AFC, but there have been lots of rugby league games there over the years, including a Wales v Serbia World Cup qualifier in 2016, which Wales won comfortably. 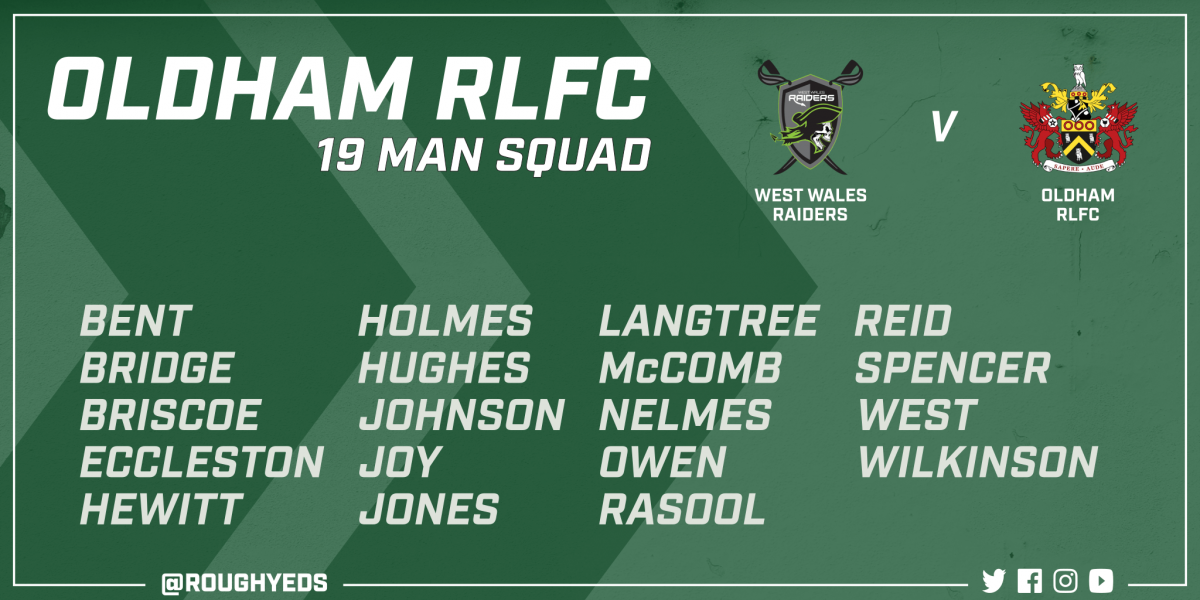