Johnson, Eccleston back in squad

Prop Ben Davies, who has been troubled by a perforated ear drum, is also included to the exclusion of Danny Langtree and the two 19-year-old loanees from Wakefield Trinity, Luke Hooley and Lee Kershaw.

Langtree, who has a hamstring problem, didn’t play at Hunslet last week but he was named in the original 19.

As a massively positive bonus two of the players who came off injured at the South Leeds Stadium, forwards Phil Joy and Danny Bridge, have recovered and are included in the 19. 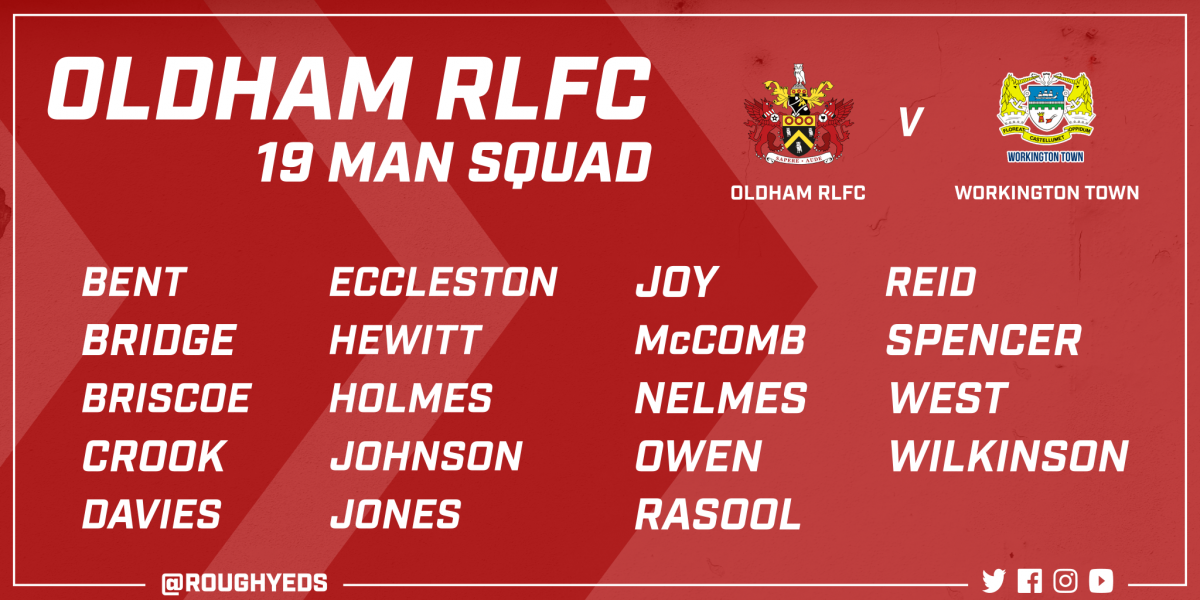 The visitors are coached by Leon Pryce, a good friend of Scott Naylor’s and a former team mate at Bradford Bulls.

Scott has plenty of nice things to say about Pryce in his match-day programme notes but you can guarantee that for 80 minutes at the Vestacare Stadium tomorrow, friendships will be put on hold !

In the full-colour, 24-page match programme (priced at £3) there’s all the usual club information and player pictures plus Scott’s piece; an interesting challenge from Anne Kearns to all the other women who support Roughyeds; Dave Naylor’s stats page, ever-popular Fan Focus and a look at our visitors; a feature, with pic, of the legendary Ike Southward, who played for Town and Oldham; a continuation of George Cowburn’s fascinating series of Oldham in years gone by; a pictorial look at Oldham v Town games down the years by the Oldham RL Heritage Trust; and much more.

Also, look out for ORSA who are selling raffle tickets for a draw with very unusual prizes, all with a Roughyeds theme and designed for the real Oldham RLFC fanatic.

Get your tickets before the game. Winners will be announced at half-time and invited into the hospitality suite after the game to sort out their prizes and make the necessary arrangements.

Oh, and there’s a rugby match on too which promises to be close, hard-fought and full of passion and energy on both sides.

Should be a good day all round !