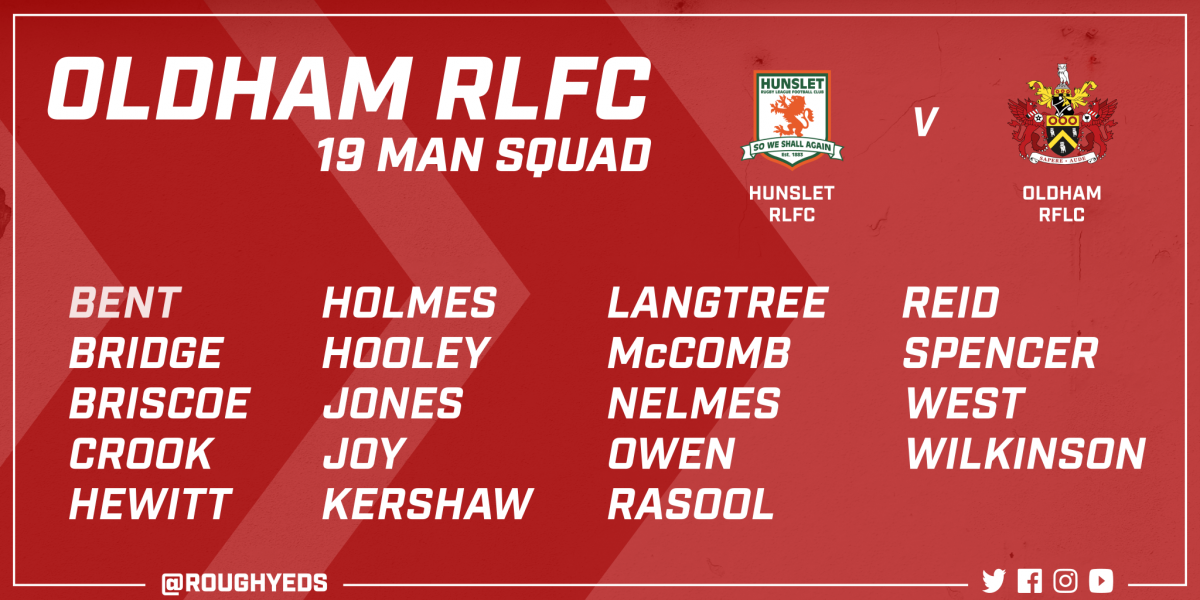 Roughyeds, in third place, are chasing their ninth win in a row.

Hunslet, fourth, were the last team to beat Naylor’s men on April 8 and are also in good form, having won five on the spin.

They’ve made four changes in their 19 with Aiden Hema, Marcus Elliott, Luke Million and Jack Walton losing out and seeing their spots taken by Nyle Flynn, Brad Foster, Jack Coventry and Zach Braham.

The squad includes two players who have had Oldham associations in the past — Tom Ashton and Nathan Chappell — as well as Josh Jordan-Roberts, son of an ex-Oldham captain, best known as ‘Two Bobs’.