LUKE Hooley and Lee Kershaw, for whom new loan deals with Wakefield Trinity were agreed this week, are named in Oldham’s provisional 19-man squad for tomorrow’s (Sun) big game with Doncaster at the Vestacare Stadium (3pm kick-off).

Winger Kershaw (19), who scored three tries in four games for Roughyeds earlier in the season, is back on a one-month loan.

Full-back Hooley, also 19, has had a week-to-week agreement extended to season long.

Goal-kicking half-back Paul Crook, rested for the last game at West Wales Raiders, is back in the running, as is prop Gavin Bennion, on dual-reg from Salford Red Devils.

Roughyeds, by comparison, can draw on two loanees, Hooley and Kershaw, and one dual-reg man in Bennion.

Bennion (24), a Welsh international, came through the ranks at Warrington Wolves before enjoying successful loan spells with Halifax, Swinton and Rochdale.

It was on the strength of his performances for Rochdale in the Championship last year that he became a full-time member of Salford’s Super League squad in 2018.

Roughyeds, who are going for their sixth league win in a row, are hoping this third v fourth clash will attract one of their best crowds of the season so far. Doncaster also expect to have a decent away following.

Like Oldham, they have made no secret of their intentions to win promotion this year. 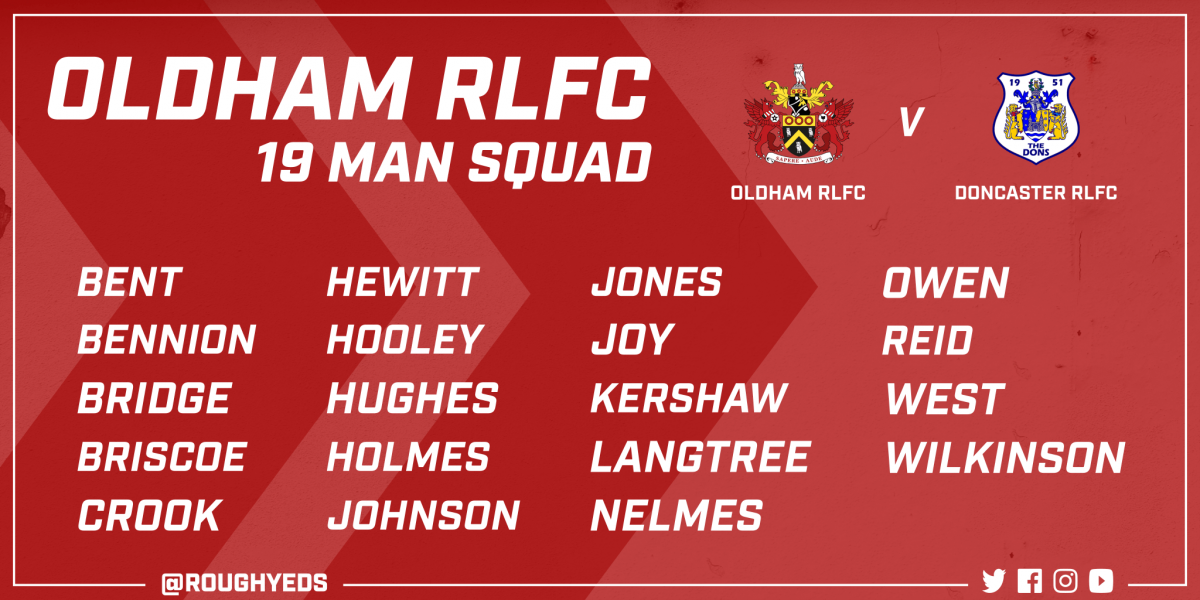