Cunningham in 19-man squad for Keighley

YOUNG hooker Jonah Cunningham, the dual-reg player from Leigh who scored a hat-trick of tries on his Oldham debut against West Wales Raiders, is again in Scott Naylor’s 19 for tonight’s (Fri) game at Keighley Cougars. (8pm kick-off).

There are two changes in the 19 from the West Wales game, Phil Joy and Steve Nield replacing dual-reg prop Jordan Dezaria, who picked up a shoulder injury, and Matt Reid.

Reid didn’t play against West Wales because of a sore groin but he was in the original 19. 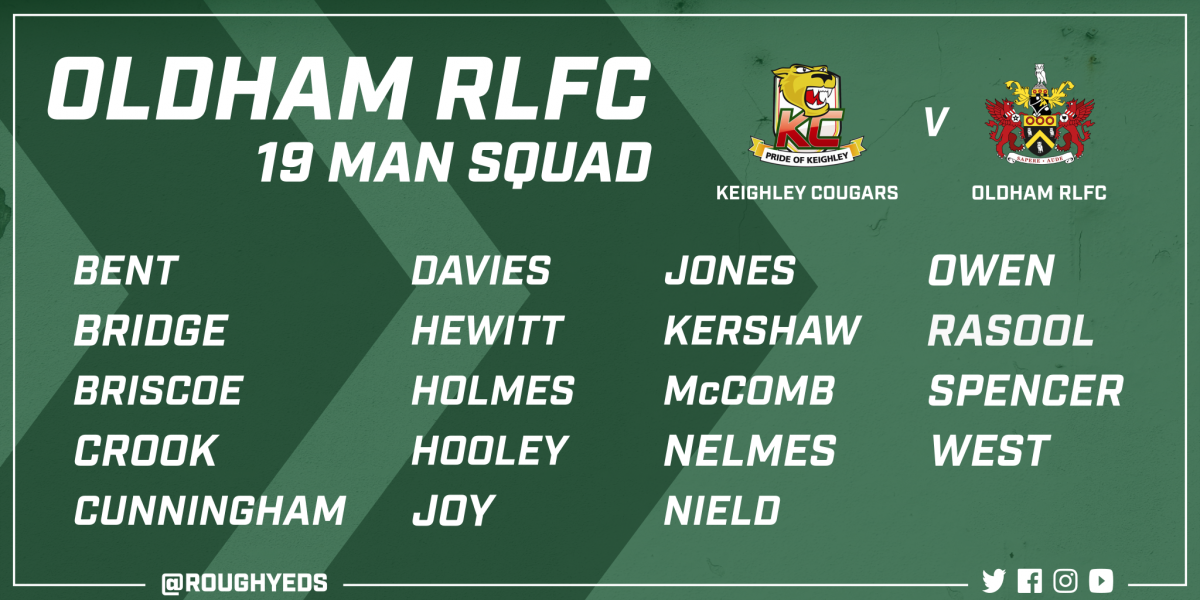 Workington and Hunslet have the same number of points, but Naylor’s men have a hugely superior for-and-against record compared with both of their nearest play-off rivals.

Oldham, in fact, can boast the second-best defensive record in the whole division; the fourth-best attacking record; and the third-best for-and-against difference.

Interestingly, one of the three teams which has scored more points than Roughyeds is Keighley — 600 against 598.

Where Oldham’s stats score heavily on Keighley’s is on points conceded — Oldham 188, Keighley 393.