DR duo from Leigh in Oldham’s 19

OUR new dual-reg agreement with Leigh Centurions has produced immediate results with the inclusion of two young forwards from LSV, Jonah Cunningham and Jordan Dezaria, in Scott Naylor’s 19 for the visit of West Wales Raiders to the Vestacare Stadium tomorrow (Sun, kick-off 3pm).

Cunningham (20), who plays hooker or loose-forward, is the son of Keiron Cunningham, Leigh’s Head of Rugby and former St Helens star and coach. 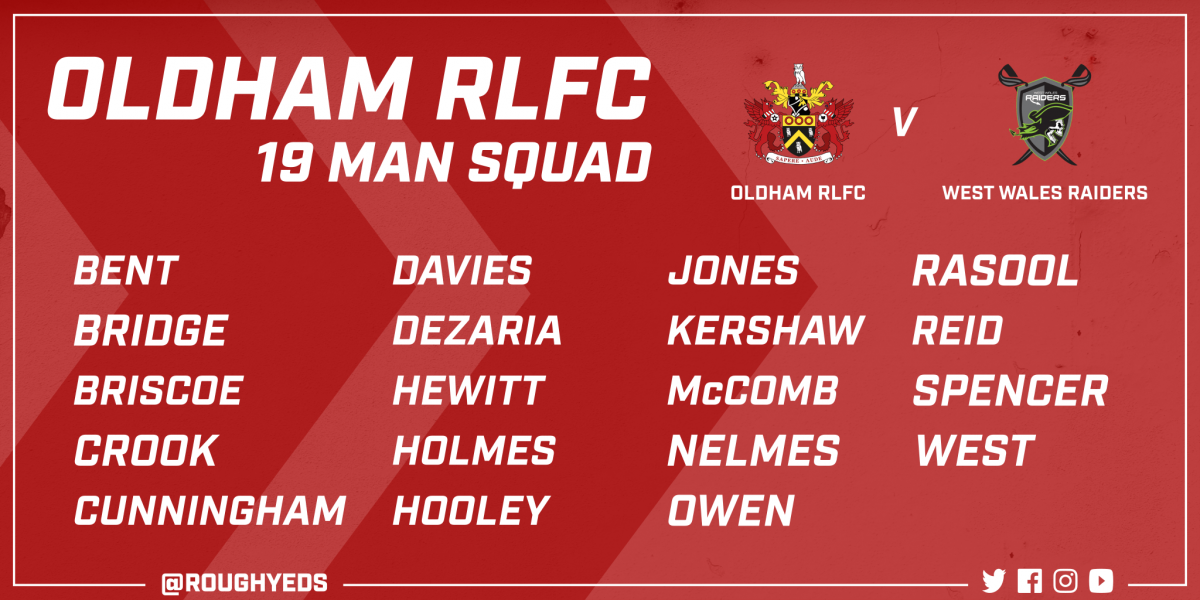 After two narrow defeats, Roughyeds will be looking for a positive response
and a return to winning ways against a West Wales outfit that is still seeking its first win of the season.

With the second best defensive record in the division and the third best ‘points difference’ a win would lift Scott Naylor’s men back to third place so long as fifth-placed Workington Town can account for third-placed Hunslet at Derwent Park.

In his column in Roughyeds Review (our 24-page, full-colour match-day magazine which sells at £3) Scott says he is happy with our defence, but we need to be scoring more points.

You can also read the Anne Kearns column; Dave Naylor’s fan focus; George Cowburn’s look back at events in history; a two-page update on how Championship and League 1 clubs view Super League plans to revamp the sport; a pictorial history of Oldham v Welsh clubs as provided by the Oldham RL Heritage Trust; and much more.

Don’t forget Anne’s Female Fan Challenge, in which she is urging womenfolk among our fan base to bring another woman to a game.

And as a one-off at tomorrow’s game you can take match action shots on your mobile phone and submit them to the club’s media team with a prize on offer for what they believe to be the best one.