Hughes back in Oldham’s 19

KENNY Hughes is back in Oldham’s 19 for the tough game against Doncaster at the Keepmoat Stadium tomorrow (Sun).

The hooker has been out for several weeks with an ankle injury.

Ben Davies and Danny Rasool also return to the provisional squad to the exclusion of the suspended Danny Bridge and two dual-reg players from Leigh Centurions, Jonah Cunningham and Nick Gregson. 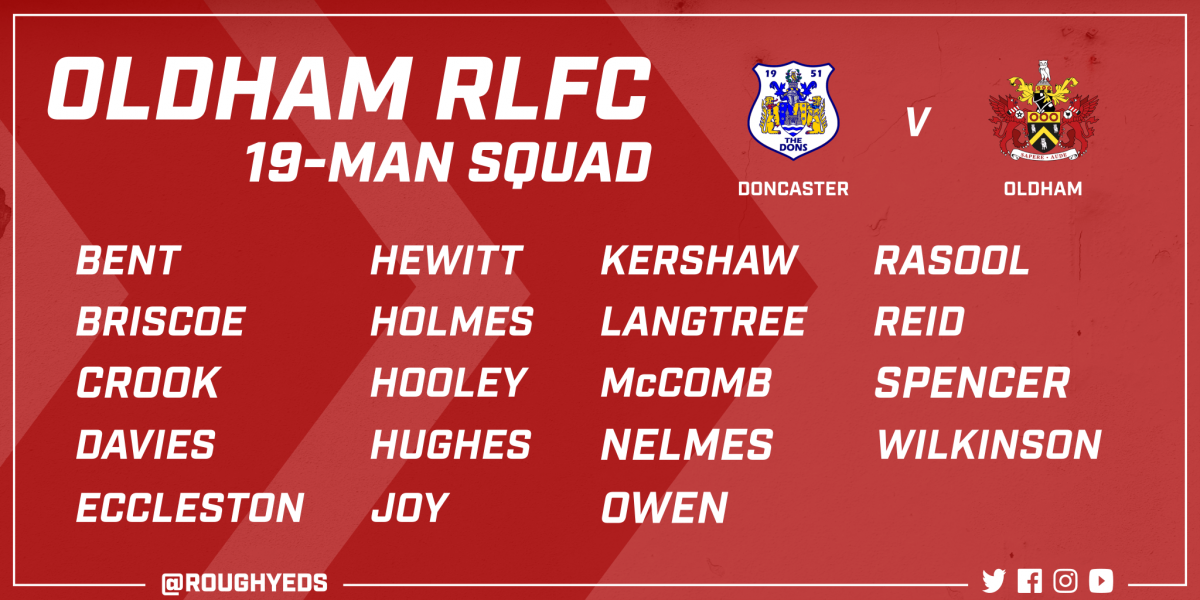 “But they’re a very good team coached by a smart young English coach (Richard Horne) and they’ve got a fantastic dual-reg link with Hull FC which regularly provides them with very good players.

“It will be a big test for us, but it is down to us. When we perform we win; that’s the long and short of what we are as a team.

“We have to continue to defend strongly, like we have all season, and we’ve also got to play with freedom on good ball and score some points.

“When we do the right things at the right times we win games, but we’re expecting a really tough game and it will be interesting to see who comes out on top.”

The Dons made a beat-the-deadline signing when they captured outside back Jack Logan on loan from Hull FC.

He goes straight into Horne’s 19-man squad, which includes four dual-reg men, Logan on loan and a trialist in Karim Madani. 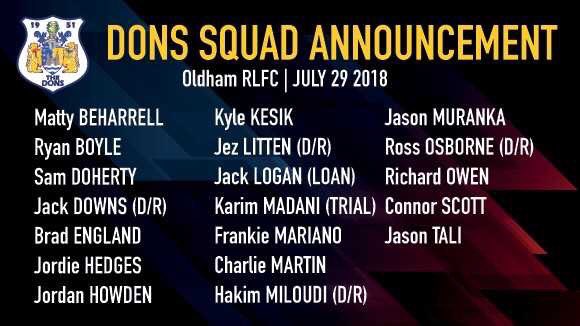 “They did a really good job on us at Oldham and dominated our middles. They created opportunities on the back of that.

“We have to match them physically. They’re big and powerful so its a big challenge for our boys to react to that.

“They’ve also got smart halves who kick well. They dominate games and have high completion rates.

“It’s always a bit of a grudge match when a team beats you earlier in the season so we want to get one over on them.”