FOR the first time in several weeks Danny Langtree is back in Oldham’s 19-man squad, after injury, for the visit of North Wales Crusaders to the Vestacare Stadium tomorrow (Sunday, 3.pm).

Also in, for the first time, is Nick Gregson on dual-registration from Leigh Centurions with his Leigh team mate Jonah Cunningham.

Gregson (22), a back-row forward, came through the Wigan Warriors’ system from the age of 15 until he made his Super League debut in 2016 before transferring to Leigh.

Crusaders, who won at Newcastle last week after being denied a draw against Hunslet by a controversial drop goal in the last few minutes, have named a squad which is thought to be their strongest for several weeks.

There are two former Oldham players in the 19 — winger Dale Bloomfield, who scored at Newcastle and was named his side’s top player by League Express, and centre Alex
Thompson, who played in the same Roughyeds reserve side as Langtree, Nield, Phil Joy, Kenny Hughes and Michael Ward, who’s now at Batley Bulldogs.

Hooker Karl Ashall is expected to make his first appearance in a Crusaders jersey since returning to the club from Barrow Raiders on a contract to the end of next season.

Oldham are expecting a tough game and, via captain Gareth ‘Gaz’ Owen, have asked fans to turn up in numbers and provide them with their customary vocal support as they strive to return to winning ways in the quest for a top-five finish and a place in the play-offs.

“It will give us a massive boost if we get a big welcome when we leave the tunnel,” said Owen. 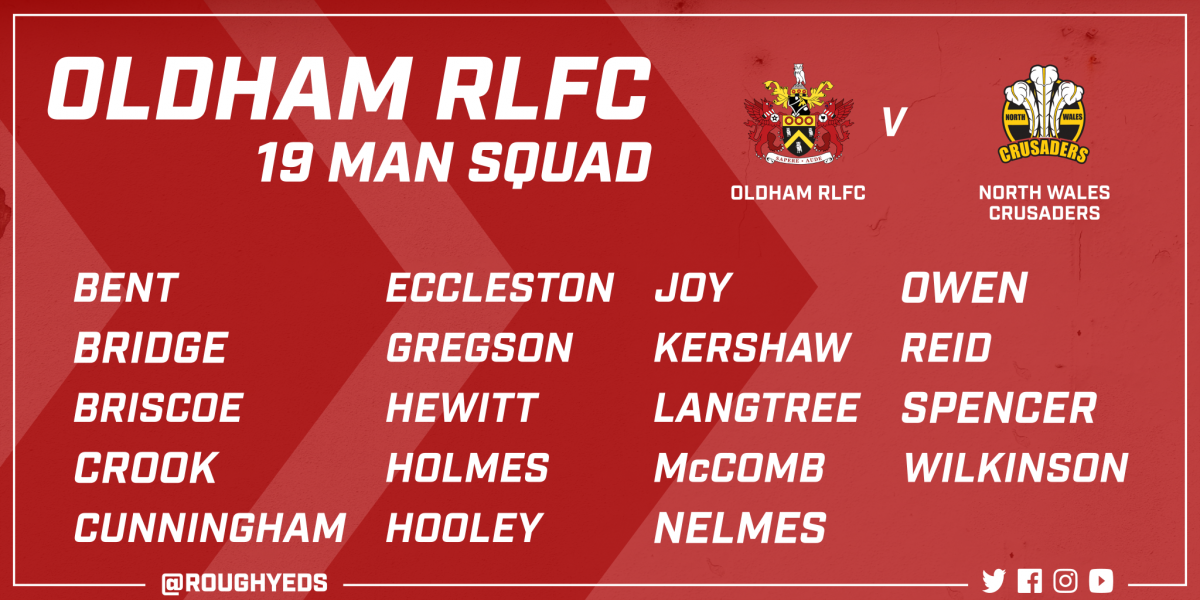 Roughyeds are currently third but six clubs are separated by only two points so it’s going to be a massive and an exciting scramble in the next few weeks to get over the the line and into the play-offs.

Before kick-off there will be a minute’s applause in respect of Clinton Maxwell Blakeley, the 33-year-old Birkenshaw player, who was taken ill during a Yorkshire Men’s League fixture against Heworth last weekend and tragically passed away.

Anne’s plea to media: Don’t ‘spike’ League 1 news
‘Langers’ back with a vengeance in nine-try triumph 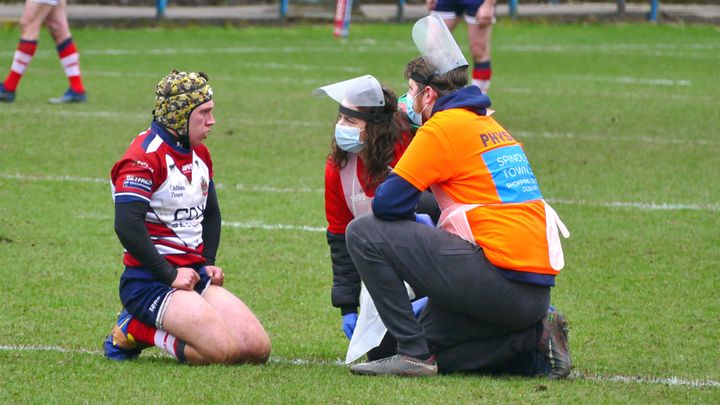