​OUR congratulations go to local referee Robert Hicks, who will take charge of Saturday’s Ladbrokes Challenge Cup final at Wembley between Catalans Dragons and Warrington Wolves.

He is the latest of several Oldham men to have officiated at one of world rugby league’s most famous events.

A former head boy at Hulme Grammar School, Robert is the son of a former Oldham forward, Ray Hicks, who played for the Watersheddings-based club in the 1970s.

He is also a grandson of the late Ken Fisher, a former Oldham chairman in the days when it was a members’ club, run by an elected committee.

Robert, who took charge of the semi-final between Catalans and St Helens, has officiated at all levels of the game in the past eight years.

In 2016, he handled the Betfred Super League Grand Final at Old Trafford between Warrington Wolves and Wigan Warriors.

He also has a wealth of international experience, having taken charge of Australia v France in the group stages of RLWC2017 and officiating as touchjudge at several other games, including the semi-final between Tonga and England in Auckland, New Zealand. 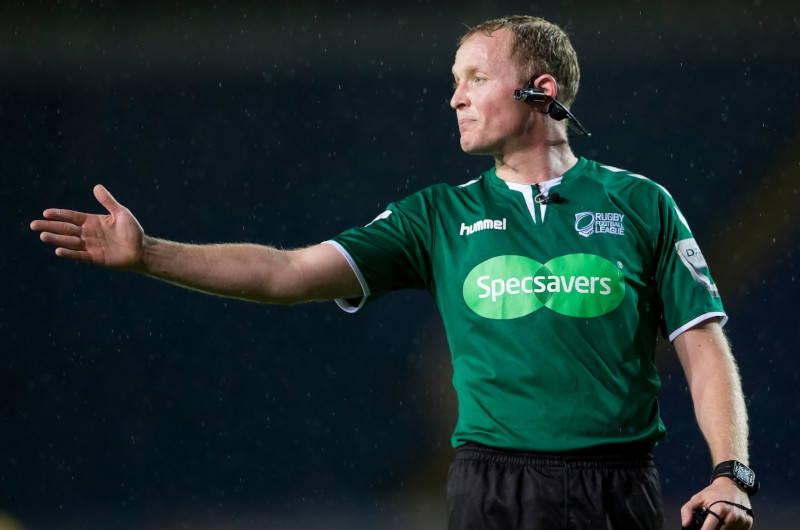 You can buy upgraded tickets for the final from the Oldham club, priced at £30 for adults, £22.50 for over-65s and £10 for under-16s for the lower tier of West Stand which is much closer to the pitch than the seats for which these tickets were originally intended.

Pressure on Roughyeds in top-five push
Late decision on Johnson