Four changes in 19 for York game

​SCOTT Naylor has made four changes in his 19 for what is potentially a season-defining game at York tomorrow.

As well as the injured Danny Rasool, three others also miss out from the 19 named for last week’s 58-6 win against Coventry Bears, namely Luke Nelmes from the forwards and both Zack McComb and Ben West from the backs.

Rasool, Nelmes and West played against Coventry, but McComb didn’t.

Into the provisional squad come Dave Eccleston, Matt Reid, Dave Hewitt and Kyran Johnson, who has recovered from shoulder trouble. 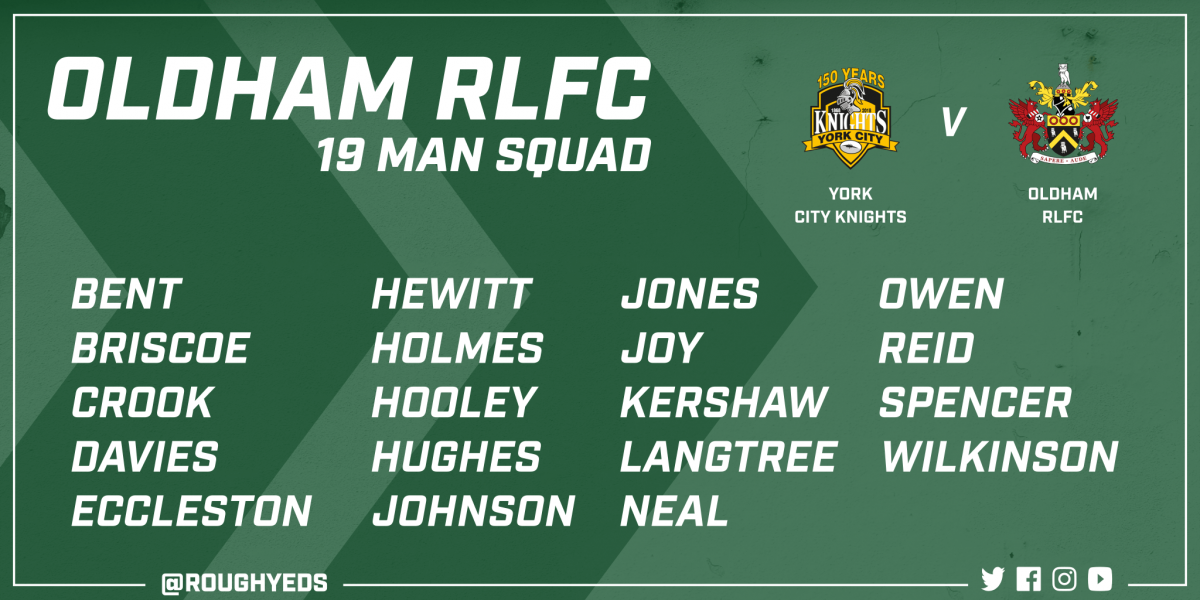 York have named the same 19, following their win at Workington, and include two dual-reg men in Matty Marsh and Will Oakes.

The big decisions for coach James Ford are whether to stick with the same 17 or to tamper and include hooker Will Jubb and/or centre Perry Whiteley.

If he opts for Whitely in the centre, the hugely-talented Joe Batchelor could be switched to second-row.

York will choose from these 19, probably in this order:

“Oldham go really hard down the middle. They’ve got some big, strong blokes and they’re relentless with their approach.

“You have to make sure your contact and line speed is good and you have to be good at defending the occasional loss in the ruck.

“They’re a really top side in this division and we’ll have to be at our best.”

Although the game is NOT all-ticket you can get tickets in advance of the Oldham-Bradford Bulls game at the Vestacare Stadium next Sunday (Sep 16) from the Roughyeds office inside the ground between 10am and 3pm Monday to Friday next week (cash or cheque only).

A big crowd is anticipated and advance ticket sales will ease congestion at the turnstiles.