‘Langers’, Kershaw in team of the month

​MAN-OF-THE-MOMENT Danny Langtree keeps his place in the latest ‘Rugby League World’ magazine’s Betfred League 1 team of the month, but this time he is joined by on-loan Roughyeds winger Lee Kershaw.

It’s a huge accolade for the Wakefield Trinity youngster (20), whose fellow winger in the mythical line-up is Bradford’s Ethan Ryan (22), the new Betfred League 1 Young Player of the Year.

Wakefield have high hopes of the exceptionally strong Kershaw, who clinched his place in the team of the month with a hat-trick of tries in Oldham’s 46-18 win against London Skolars last week.

Similarly, Ryan is being tipped by Bulls boss John Kear to be a future Super League star. He finished the regular season with more League 1 tries than anyone else, 32.

Their clash in the promotion semi-final will be one of several intriguing head-to-head duels, not least that of Hull FC-bound Danny Langtree and Bradford’s pack star Elliot Minchella in the second-row. 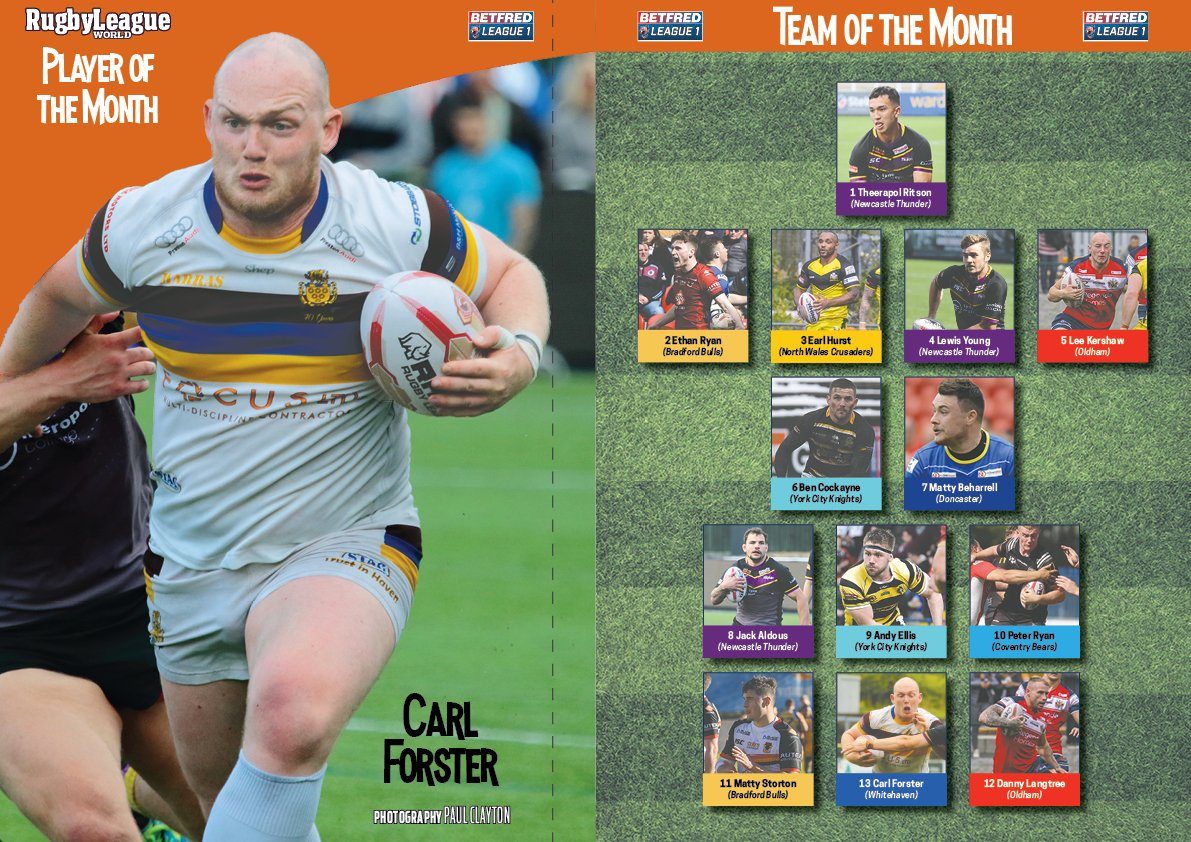 Bulls, meanwhile, have named a 19-man squad which shows three changes from the league game at the Vestacare Stadium two weeks ago.

Gregg McNally, Matt Garside and Sam Hallas didn’t play at Oldham, but they’re back for this one as Kear goes for his strongest possible line-up.

“We don’t need reminding about the challenge we face — we found that out for ourselves a fortnight ago.

“Hopefully, we can have a fast game on a big playing surface in front of our own supporters, whom we need more than ever.

“Our support could be the difference.”

“We saw enough in both our league games to know that Oldham have enough discipline and toughness to trouble anyone.

“Welcome to the drama of ‘seats of your pants rugby’ which is sudden-death rugby league.”

Tweets from Roughyeds
All fit and ready to go
Langers: An opportunity too good to miss