OLDHAM couldn’t have wished for a tougher, or more attractive, start to their 2019 Betfred League 1 fixture list with Cumbrian heavyweights Workington and Whitehaven visiting the Vestacare Stadium on the first two Sundays of the new campaign.

We open up with Leon Pryce’s Workington Town at home on Sunday, February 17, followed by Whitehaven, also here, on February 24, both kicking off at 3pm.

North Wales Crusaders away is next on the agenda on Sunday, March 3, then it’s the third round of the Challenge Cup, followed by London Skolars at home, on Sunday, March 24, giving us three home games out of our first four league fixtures.

Oldham, Doncaster, the two Cumbrian clubs and Newcastle Thunder will fancy their chances of going up in what promises to be a highly competitive division. 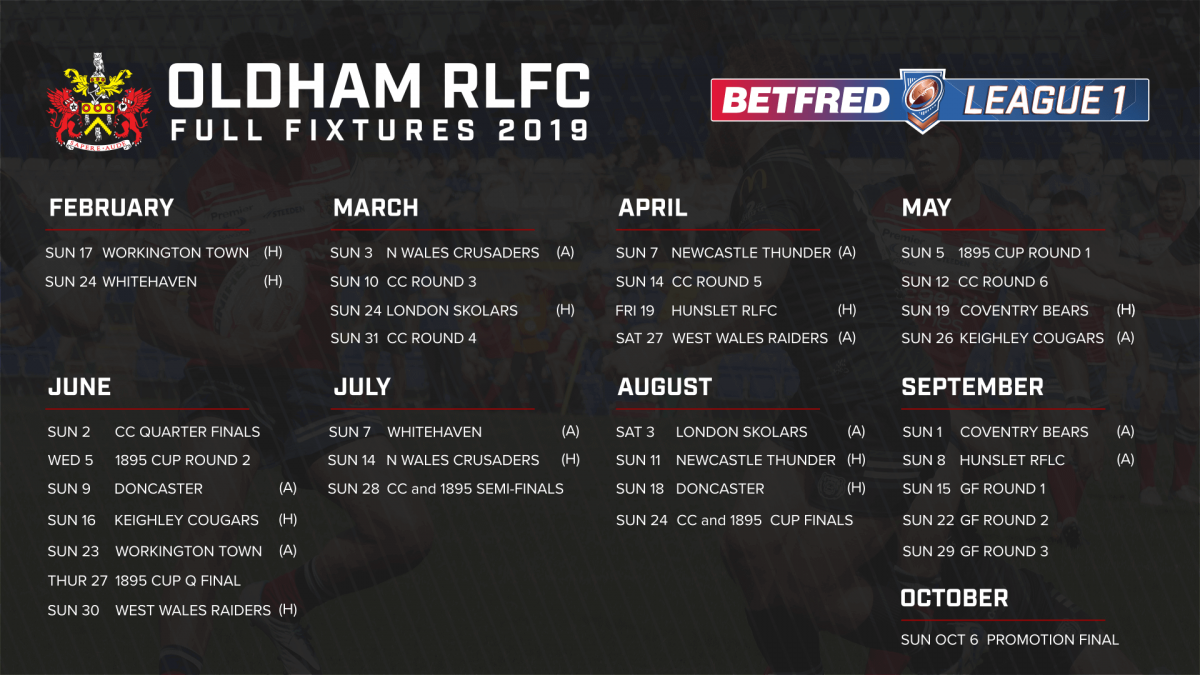 There will be two cup competitions this year — the Challenge Cup and the new 1895 Cup which is for teams outside of Super League.

The final will be at Wembley on the same day as the Challenge Cup final, Saturday, August 24.

The first round will be on the weekend of May 4/5 with the second round and the quarter-final both taking place as mid-week games in June.

Back to the league competition and the team finishing top will go up automatically, to be joined by the winners of a five-team play-off featuring the sides finishing two to six inclusive.