It’s going to be a tough year on and off the field but together, and with a collective effort, we can pull through.

When you raise a glass at midnight and propose your toasts for 2019 throw one in for Roughyeds and the big job that awaits us all.

It really does need a collective effort, with everyone who has the club at heart going the extra mile to ensure that we continue to move upwards and onwards during a particularly difficult period for all Betfred League 1 clubs.

The office re-opens at 10am on Wednesday (January 2) and will be open from 10am to 3pm on Wednesday, Thursday and Friday this week.

Fans have until 3pm on January 11 to buy discounted season tickets over the counter (cash or cheque) but they can purchase online by debit or credit card, via the Roughyeds payment site, until midnight on the 11th.

Our first appearance at the Vestacare Stadium will be on Sunday, January 20 — less than three weeks away — when we entertain derby rivals Rochdale Hornets (3pm kick off) in a bid to hang on to the Law Cup trophy which we won at the Crown Oil Arena a year ago.

It should be a cracker and we hope all Roughyeds fans will do their best to attend what will be the first Law Cup clash in Oldham for several years.

For most fans (those who don’t travel to Barrow on January 13) it will be the first opportunity to see our many new players in action in Roughyeds colours.

After a short break over Christmas, the players were back in for training last Saturday morning. They will be in again on Thursday and after that they will resume their usual Tuesday/Thursday/Saturday schedule throughout the four-match pre-season programme with games on January 13 (Barrow away), January 20 (Rochdale Hornets home), January 27 (Swinton away) and February 3 (Newcastle home).

Head coach Scott Naylor is happy with how things are going in pre-season training although he is currently on crutches himself, and wearing a surgical boot, after snapping an Achilles in training.

“I hope to have the boot off by the middle of February, but it will probably be the end of April or the beginning of May before my rehab is finished and I’m completely over it,” he said.

“I’m still getting to training sessions and overseeing everything and I’ve got good men around me in Pete Carey, Paul Crook and Adam Neal.

“Adam is enjoying doing his conditioning and he has brought a lot to the role now he has retired as a player and he can concentrate solely on that one job.

“I’m very happy with the way things are going, but at this stage we’ve no dual reg and we still need one or two more players.

“I’m really happy with the squad we’ve assembled so far, but I’m hoping to bring in two more lads to give the squad a bit more depth.

“We need to start strongly because we’ve deliberately gone for a tough pre-season programme and then we’ve got an equally tough start to the new League 1 programme with Workington and Whitehaven giving us all-Cumbrian opposition in our opening two games.”

Amendments to laws and playing conditions for 2019 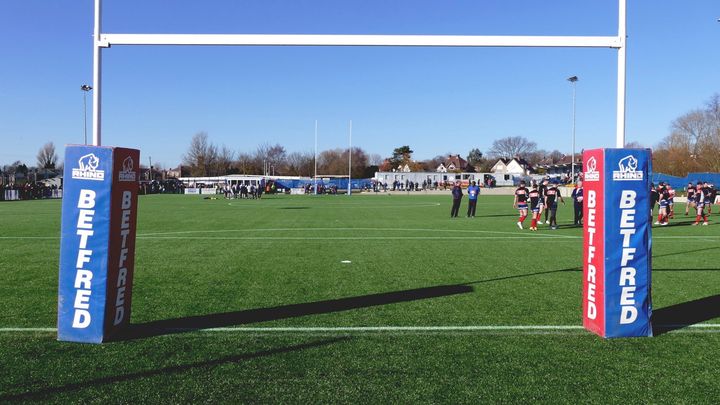 ROUGHYEDS have added to their volunteer managerial team with the appointment of Ben Whisker (37) as business development manager.
Our Partners