HEAD coach Scott Naylor has praised the work in pre-season training of local lad Harry Maders, who has been actively involved with the Oldham squad for the past few weeks.

A third generation Roughyed — his father and grandfather both played for Oldham — Harry accepted an invitation to train with his home-town club in pre-season, as he did also last year.

He was one of five trialists who played in last year’s warm-up game at Barrow.

Three from NCL premier division side Siddal were ultimately signed, but of those three only centre Zack McComb has been taken on for a second season.

Maders, a young utility back who was once in the Huddersfield Giants academy, went back to his amateur club Waterhead where he enjoyed a good season.

Lauding his close-season commitment to the cause, Naylor said of the youngster:

“He’s filled out a bit since last year and put on a bit of weight.

He wasn’t offered terms last year because at that stage Naylor felt he couldn’t offer him enough game time and he didn’t want to sign him only to have him watching from the stand which would have done neither club nor player any favours. 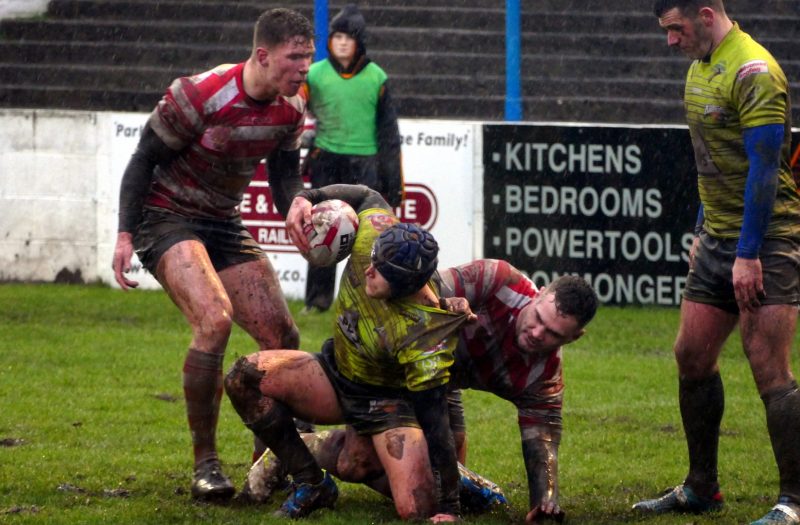 What the future holds for Maders a year down the track is still unknown, but Naylor makes no secret of his admiration of the youngster’s commitment and desire and his own need for at least two more players.

“We’re looking for two or three more. There aren’t many left available to sign so taking someone on loan will probably be the easiest route to get people in.

“At the moment everyone is training with their own clubs but once the season has started you tend to get one or two lads looking for game time and then it’s a bit easier to bring them in.

“By the end of March we should have a squad of 24 or 25 that we can work with for the rest of the season.”

More immediately, Naylor looks like having to go to Barrow without a few of the senior men who will be expected to figure prominently during the season.

New-boy Emerson Whittel is away this weekend and therefore unavailable, something Naylor and the club have been aware of for some time.

Danny Grimshaw is having rehab for a pulled hamstring and Ben Davies (calf) is said to be coming back from rehab.

On top of that Danny Bridge is out until the end of April because of suspension and Paul Crook has been told he is carrying a broken toe from the back end of last season.

“It could be another month before he plays. Apparently, an x-ray missed it originally, but he has now had another and the damage has been confirmed.

“So we’ve a few early issues, but generally speaking the whole of pre-season has been great.

“They’re not major concerns. Within three or four weeks they could all be resolved and by the start of the season proper we should have most people fit and available.

“In the meantime we’ve got four very tough pre-season games to play on successive Sundays so that will be a challenge and it was always a challenge that I wanted to prepare us for those coming up when the League 1 season starts.”