NEITHER Oldham nor Barrow will risk players who are carrying niggles and knocks when the curtain goes up on the 2019 rugby league season at Craven Park tomorrow (3pm).

As expected, Scott Naylor won’t take any chances with Paul Crook (toe), Danny Grimshaw (hamstring) and Ben Davies (calf), while Raiders boss Paul Crarey has said he will take a similar stance with his Championship squad.

Nevertheless, it’s a Roughyeds squad packed with interesting selections, including six new players plus local lad Harry Maders from the Waterhead club, who has had spells with the academies at both Salford and Huddersfield. 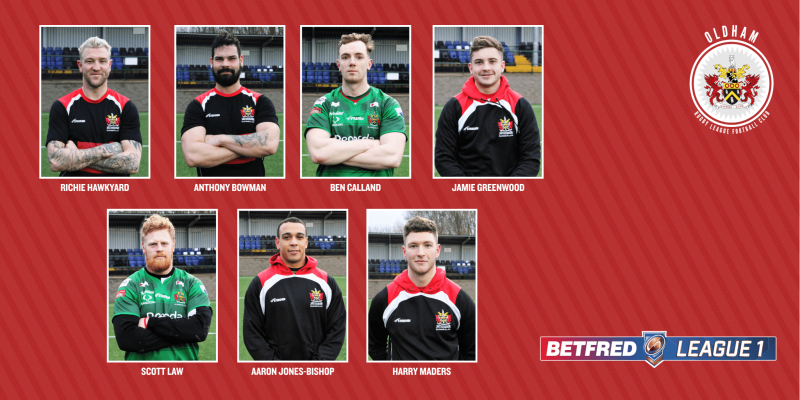 Winger Lee Kershaw, who will be with us on a season-long loan from Wakefield Trinity, is still training full time with the Betfred Super League club and hasn’t yet linked up with the Roughyeds.

Emerson Whittel is unavailable this weekend and Danny Bridge is suspended until the end of April so when he is free to play it will be like getting a new player, and a very good one at that.

With six players currently out of contention there’s an opportunity for others to push themselves to the front of the pecking order.

The same applies at Barrow where Crarey has a lot more options than his Oldham counterpart and will have to make numerous late decisions.

Jono Smith has returned to full training after a calf injury and both Ryan Duffy and Martin Aspinwall are recovering from illness.

His three new signing from PNG flew into Manchester yesterday and arrived in Barrow in time to be introduced to the Craven Park faithful at a sponsors’ function in Dalton last night.

It remains to be seen whether Stargroth Amean, Wartovo Puara jnr and Willie Minoga will play, but Raiders are not short of talented new boys like Tee Ritson and Jordan Walne and that’s not even considering Gareth Hock, who has been battling to overcome a shoulder injury.

“I won’t risk anybody in the friendlies if they’re carrying injuries. We’ve got to be ready for when the season starts so we’ll be selective in the first few games.

“Whitehaven (who Barrow play next) and Oldham are always a test and there’s not a lot of difference between the bottom-end Championship clubs and the top-end League 1 sides.

“They’ll give us an absolute test and they’ll come here with a purpose.

“Oldham have the Law Cup next week and that’s massive for them , so their build-up to that will be very strong.

Admission prices at Barrow for this one are £10 (adults), £7 (concessions) and £3 (under-16s) but these go FREE if accompanied by a paying adult.

| Five regulars who didn’t play against Coventry are included in Scott Naylor’s 19 for the “massive” game at Hunslet tomorrow (Sun), 3pm).
Our Partners