Fan of the week — Clarice Stevens

IT was 1946 . . . Aneurin Bevan announced his Labour Government’s plans for the NHS; Oldham’s Doug Phillips sailed to Australia with the Great Britain party on HMS Indomitable; and a 17-year-old local lass called Clarice watched her first game at Watersheddings and fell in love with rugby league and the Roughyeds.

At a surprise 90th birthday bash at the Vestacare Stadium last month that same local lass, now Clarice Stevens, spoke of her lifetime’s allegiance to Oldham RLFC and the enjoyment she still gets from watching Scott Naylor’s boys in action at Limehurst Village. 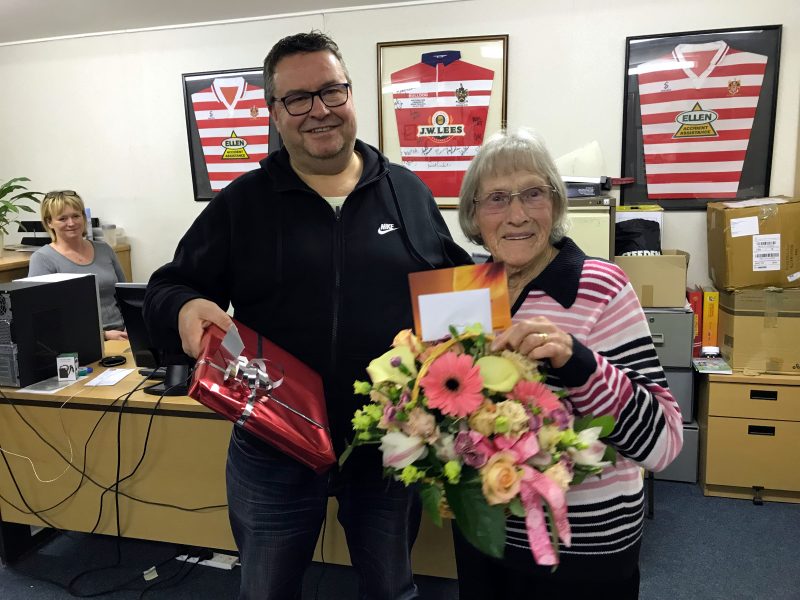 Her longevity of loyalty to club and team is remarkable in itself but all the more so when considering that, at 90, she travels on tram and bus from her home in Timperley, Cheshire to support her team in Betfred League 1.

“It’s a ‘weather permitting’ thing these days but I still love shouting for Oldham and I guess I always will,” she said.

“I’ve never supported any other club, and I never will. I’ve been an Oldham Roughyed since I was 17 and I’m not going to change now.

“I wish the club all the luck in the world. I get upset when I watch a game on TV; see all those people there; and then I wonder why we don’t get crowds like that when everybody at our club tries so hard and does their best on and off the field.”

Clarice is eagerly looking forward to Sunday’s big kick-off against Workington at the Vestacare Stadium — the start of her 73rd year as a supporter.

Wow ! Now that’s what you call a fan.