McComb hat-trick as we go third

ZACK McComb’s genuine hat-trick of tries in the first half was the highlight of a 36-12 win against Whitehaven which lifted us to third place in Betfred League 1 behind Workington Town and Coventry Bears.

It finished a comfortable victory in the end but after sailing into a 22-0 lead we hit a dodgy spell, similar to the one against Workington in the previous game, and conceded two converted tries, one either side of half-time.

At 22-12 Haven were back in the game and it was at that stage that Anthony Bowman was sin-binned for a shoulder charge and the visitors’ big forward sub, Ethan Kelly, twice got over the line, denied first by a double movement and then by a final pass that was judged to be forward.

We managed to hold on while Bowman was off the field, then regrouped and regained the ascendancy to take the game away from the Cumbrians with a Dave Hewitt try midway through the second half and a late one by Ritchie Hawkyard after good work by Bowman in the build-up.

In between those two tries Hewitt landed a penalty to finish with six goals from seven attempts, his one miss being a failure to find the target when converting the first of McComb’s treble from out near the right-hand touchline. 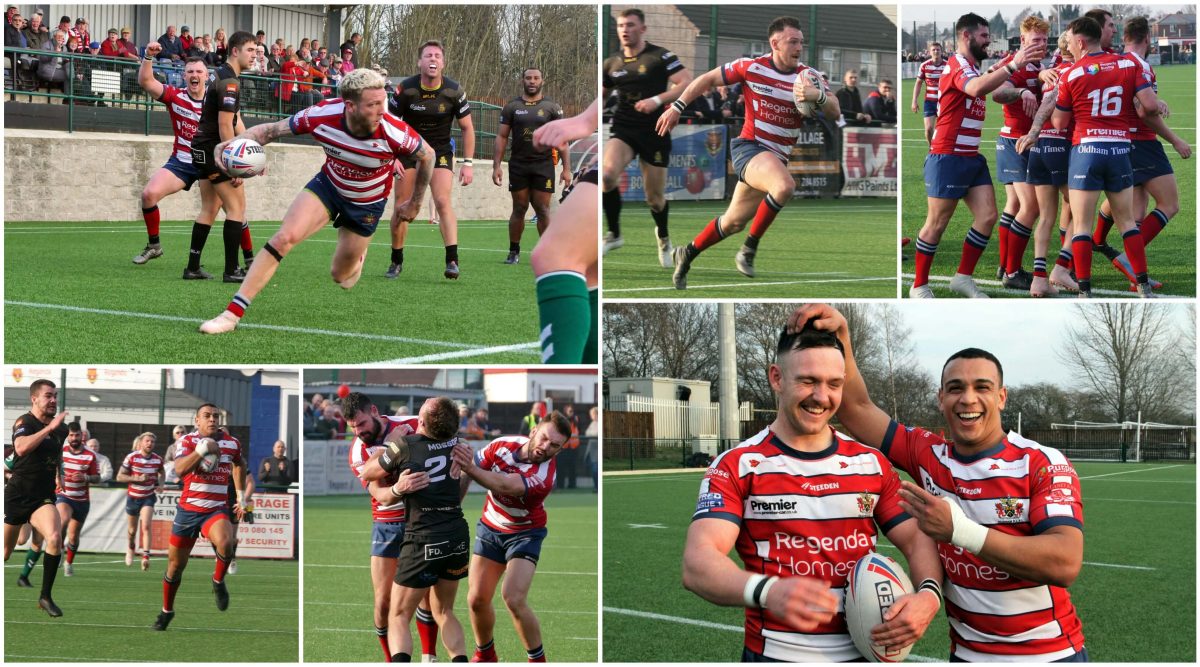 Overall, it was a mixed type of performance in which we produced some beautiful wing-to-wing football in the first half for McComb to finish off strongly, but then suffered that spell when our intensity dropped and we tended to make mistakes with ball in hand or to concede needless penalties.

Zack scored in the 10th, 15th and 27th minutes to maintain his top-notch early-season form at right centre and to confirm that Oldham, as a team, are looking much more dangerous in attacking positions than they were last year.

New boys Adam Brook. Anthony Bowman and Emmerson Whittel have good, quick hands which have been a feature of our pre-season games and our first two league games.

Ritchie Hawkyard is an absolute livewire at full-back, while in this match it was good to see Danny Grimshaw, in his first game of the season, looking strong in defence and powerful and speedy in attack.

He went desperately close twice in the second half with lightning breaks for the line.

In the forwards Scott Law had a huge first spell; Phil Joy gave him strong support; and Gareth Owen showed definite signs that he is playing with a lot more confidence and getting back to his best after taking time to fully recover from his horrific foot injury of 2017.

Next up is Sunday’s away game at North Wales Crusaders, followed by our next home game against Haydock in the third round of the Coral Challenge Cup on Sunday, March 10 (3pm kick-off).

Grimshaw, Davies in 19-man squad
‘There is massive improvement in us’ — Scott