MOST Oldham fans may see two newcomers in action for the first time at the Vestacare Stadium tomorrow (Sunday) when the curtain goes up on the 2019 Betfred League 1 campaign.

Young prop Titus Gwaze, who has signed from Wakefield Trinity on a one-month loan initially, is included in the 19 and will be hoping to make his debut.

Half-back Adam Brook played half a game at Swinton in the last pre-season game, but he is hoping to make his Vestacare bow against Workington Town (3pm), having also been named in the provisional squad. 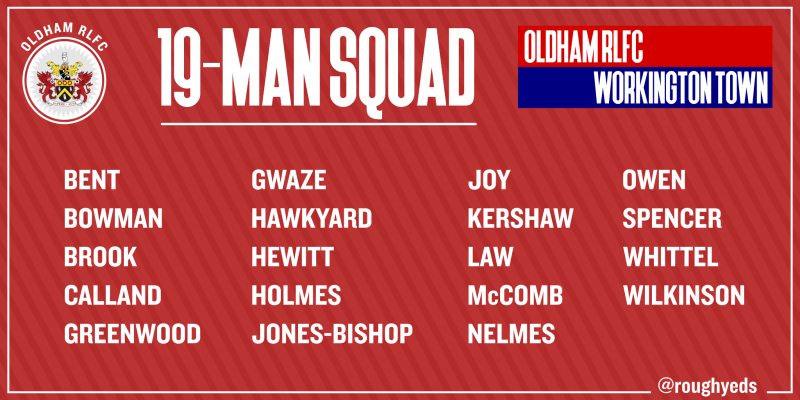 The only players still available for sponsorship are Emmerson Whittel, Ben Davies, Harry Maders and Adam Brook, but there is scope for the sponsorship of head coach Scott Naylor, his assistant Peter Carey and conditioner Adam Neal.