New club logos — the choice is YOURS

FANS will be asked to vote for their choice of new club logos when they’re at the Vestacare Stadium on Sunday for the Betfred League 1 game against Whitehaven.

Albeit a loss in a 32-28 thriller that went down to the very last play of the game after the hooter had blown, fans were generally agreed that the opening game of the season against Workington Town was a cracker which offered good entertainment and value for money.

Defeat means its all the more important that we bounce back defiantly — and with such a lot riding on the game, plus a forecast of more Spring-like weather, we’ve chosen this Sunday for the logos ballot because we expect a decent attendance and we want as many genuine fans as possible to have the opportunity to cast their vote.

We had thought about doing the ballot online, but after careful consideration we concluded the most reliable way to unearth the wishes of true supporters was to seek out the views of those fans who were actually at a game.

That game is this Sunday’s and we’re asking you to vote 1, 2 or 3 for the main club logo, proudly depicting the Oldham town crest which we know most fans were adamant about keeping, and 4, 5 or 6 for a secondary logo.

You can see each of the six numbered logos here and they will also feature in Sunday’s match-day programme. 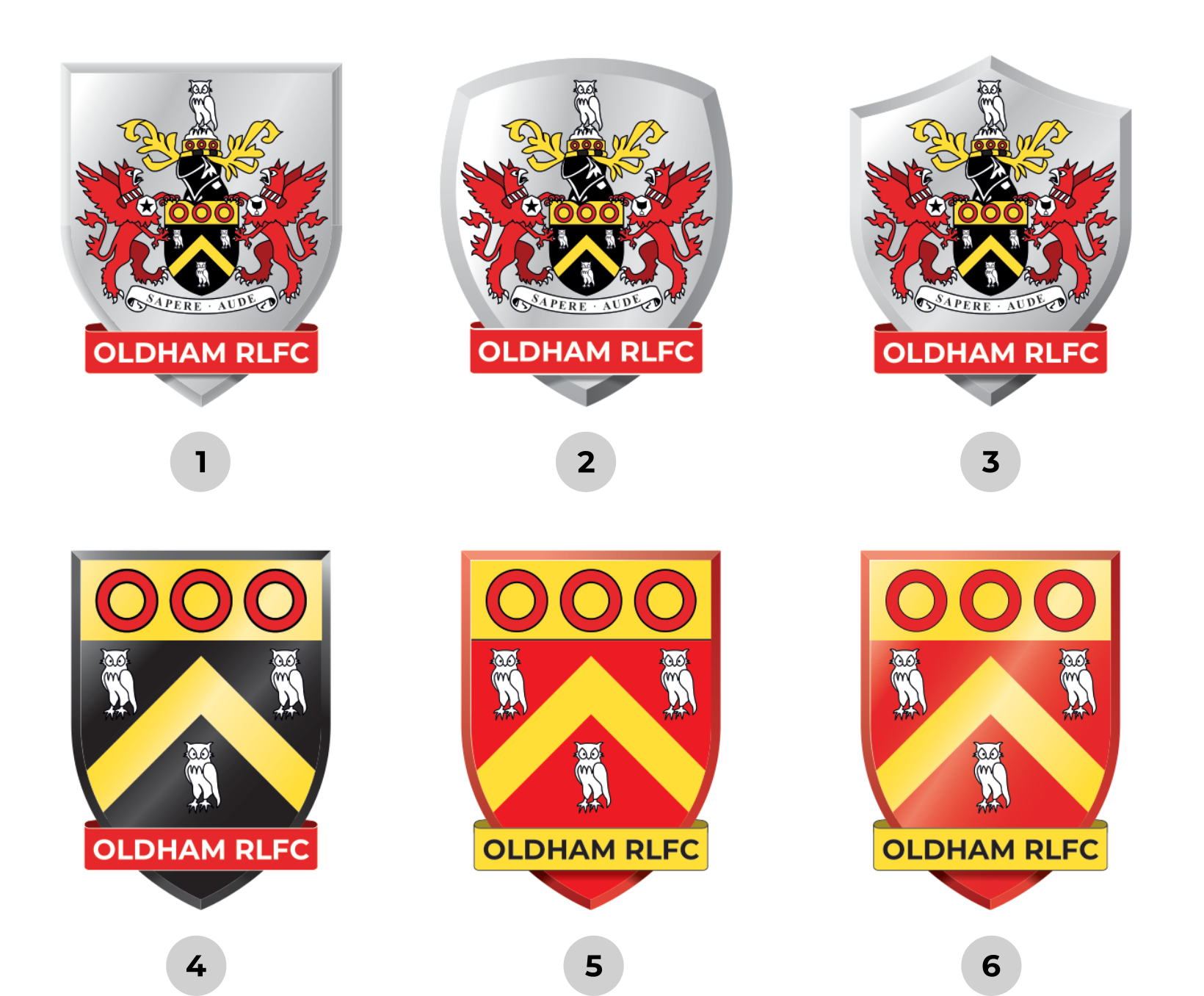 To vote, and to have your personal input on a decision which Julie and her marketing team believe is one of extreme importance to the club’s identity, all you have to do is pop into the club shop, cast your vote (1, 2 OR 3 AND 4, 5 OR 6) and pop it into the ballot box.

Staff will be there to hand out your ballot paper and offer any assistance you might need.

As we begin to develop new ideas we feel it is very important that we keep our club identity clear and consistent, making sure that our brand and name are always seen to be projected loud and proud.