Old kit donated to schools and others

As part of its ever-developing community programme, the club has donated old kit — still in smart condition and perfectly usable — and lots of rugby balls to various organisations, including schools and colleges.

Hathershaw pupils (left to right) Saif Rahman, Jake Travis and Hussain Ali were proud to show off their newly-acquired kit and to wear the historic and traditional rugby colours of the town in red and white hoops. 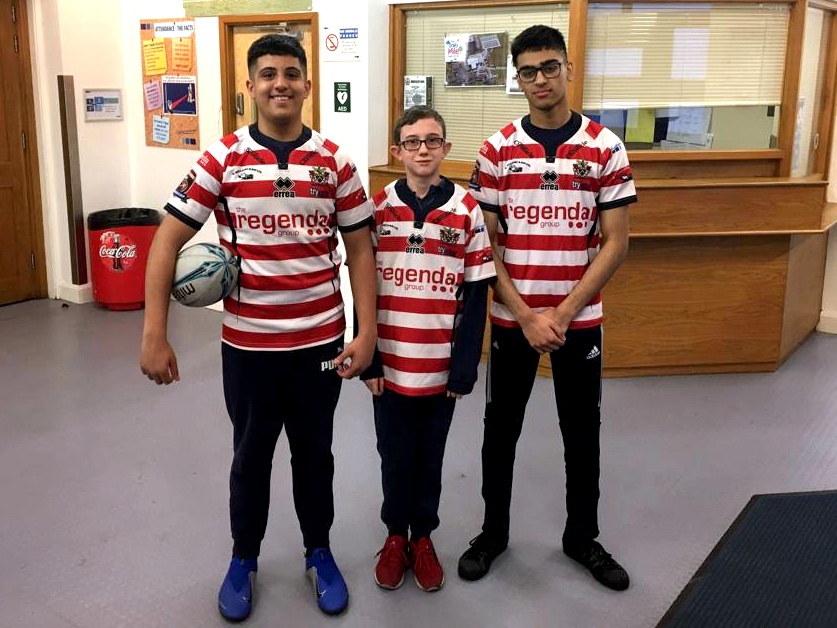 “We are proud and thrilled to wear Oldham kit. It might even improve our game !”

A couple of rugby teams at Hathershaw will benefit from the club’s initiative as well as the crack under-15s team at Saddleworth School.

Steve Hill, deputy head at St Joseph’s Primary School in Shaw, has agreed to take another batch of ex-Oldham RLFC jerseys out to Africa with him for distribution there.

Roughyeds are also linked into Oldham Pledge and one of their home league games this season — to be announced later — will be dedicated to Pledge, an initiative which is designed to prepare pupils for life after school.

“We are trying to recycle all the gear we’ve been donated by Oldham RLFC to as many places as we can.

“We are extremely grateful to the rugby club for this kind gesture.”