Player of the week — Gareth Owen

GARETH Owen, or ‘Gaz’ as he is popularly known by fans and fellow players alike, was more than happy to tell us all about himself in the build-up to the big game against Workington Town at the Vestacare Stadium this coming Sunday (Feb 17).

Asked for his age he said he was 27, then quickly changed it to 26 (correct !) on the intervention of his fiancee Amy, whom he lives with in Moorside, together with their Golden Retriever, called Jay.

Gaz wasn’t sure, but Amy knew. She knows him better than he knows himself.

An Oldham lad through and through, his Mum and Dad are Karen and Geoff, who live just down the hill from Gaz and Amy and are their son’s biggest fans.

They rarely miss a match home and away and they also support the club via our Club Cash lottery and as frequent supporters of our match-day hospitality facility.

He went to Hodge Clough Primary and then to Counthill, the no-longer school on the hill that over the years produced dozens and dozens of rugby league players.

“As a school we didn’t do so bad, that’s for sure,” said the lad who’s proud to be from Oldham, proud to play for Roughyeds and even prouder to captain the side.

He first played rugby as a four-year-old at Waterhead and it was there he stayed until he went to Salford Red Devils at the age of 15.

“Waterhead is my amateur club; always was and always will be,” remarked Gaz. “It’s a loyalty thing. I’d never play for any other amateur team in town. Not after all they did for me when I was a kid.”

He played more than 30 Super League games for Salford and thoroughly enjoyed his days as a full-time pro. When they came to an end, after a short spell at Sheffield on loan, he had the chance to play for Roughyeds and he jumped at it.

He had watched and supported his home-town team, with his Mum and Dad, since he was a kid in short pants.

To play for them was big enough; to be made captain and to lead out the side on to the pitch was a dream come true.

He now combines captaining Roughyeds with his full-time job as an HGV driver. 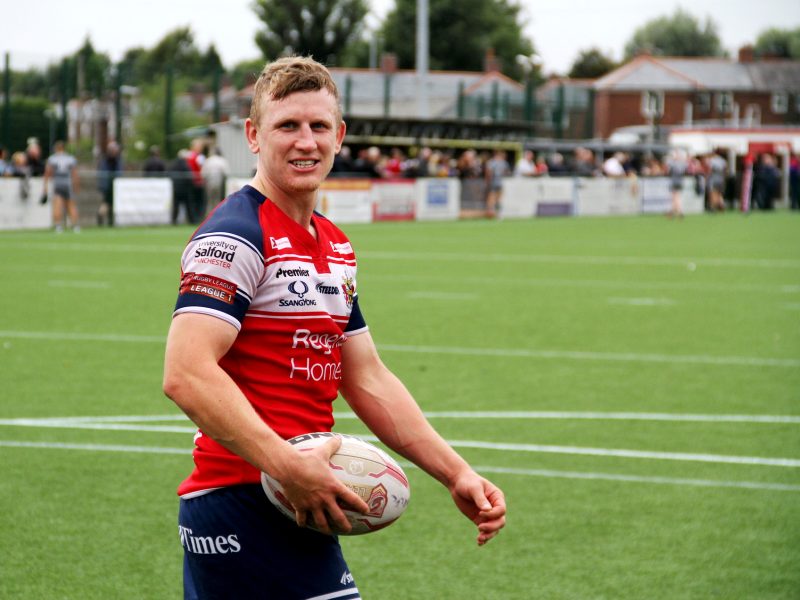 Hobbies? He plays golf off 8 and he’s an American Football fanatic, watching grid-iron on TV for hours and hours on end. Outside rugby league, it’s his favourite sport.

He watched the recent Super Bowl final into the wee small hours, having previously booked the following day off from work.

Favourite food ? Amy’s home-cooked Katsu curry, a chicken dish that had its origins in Vietnam.

And he couldn’t resist poking a bit of fun at his Oldham team mates, picking out two of the biggest lads in the team for the subjects of his quips.

His best trainer: Liam Bent. His worst trainer (lol) Danny Bridge. “Make sure you get that in,” he said. “It’ll cause a few laughs !”

His best dresser was Jack Spencer. And his worst (lol again) ? Phil Joy.

Prospects for the season ?

Gaz went into ‘serious’ mode. “No two ways about it,” he said. “_The target isn’t just promotion. The target is to finish top and go up automatically.

“We don’t want to be involved in play-offs if we can possibly help it. Let’s get the job done before they even start.” 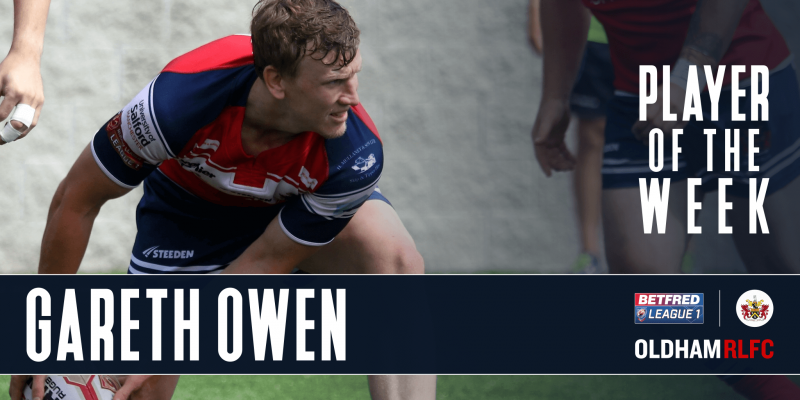 Supported by a corporate network
Merchandise available from 2pm TODAY