Calland back in for Greenwood

SCOTT Naylor makes one change in his 19 for the trip to Wrexham tomorrow.

In his early squad to face North Wales Crusaders at the Queensway Stadium (2.30 kick-off please note) the Roughyeds boss brings in Ben Calland and leaves out Jamie Greenwood in the only change from last week’s 19. 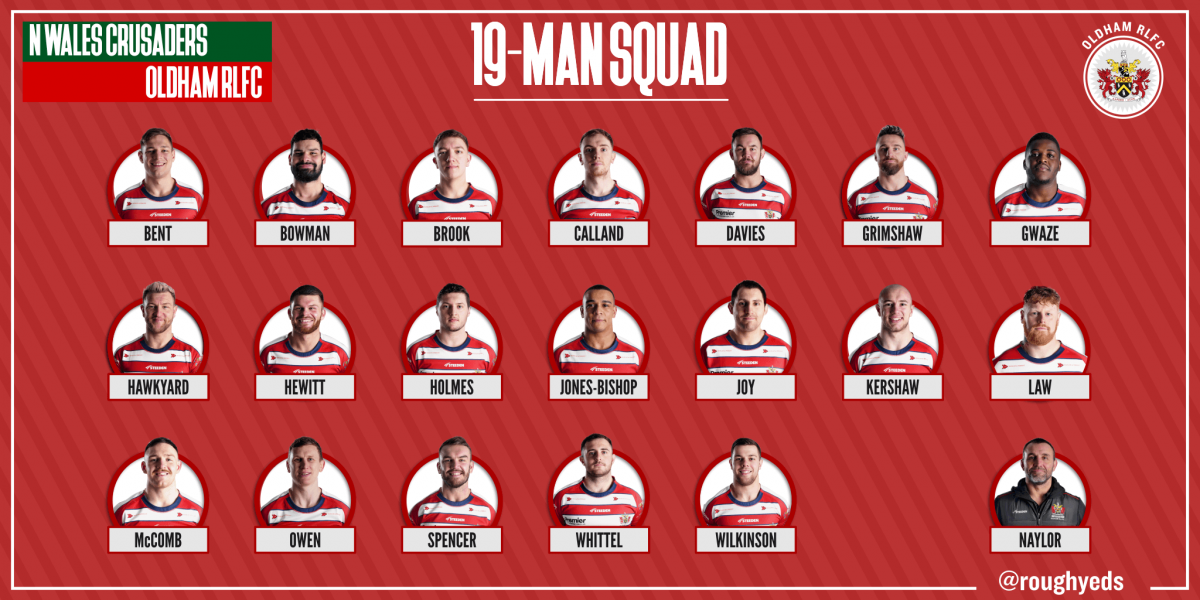 Both of the Crusaders loan signings from Rochdale this week, half-back Elliot Jenkins and prop Joe Ryan, are included in Anthony Murray’s 19, but the main tit-bit for Oldham fans will be the inclusion of Kenny Hughes, Dave Eccleston and Steve Roper.

In the Crusaders’ 48-18 defeat at Workington last week, Hughes started at hooker, Roper at scrum-half and Eccleston in the centre.

It will be Crusaders’ first home game of the season and the Roughyeds’ first away game and Scott says the big challenge for us is to put in an 80-minute performance and play to the summit of our ability for the entire game.

Coventry’s win against Newcastle last week and Hunslet’s win at Doncaster underlined what a tough division this is going to be this year.

Don’t forget the public meeting and fans’ forum in the Vestacare Stadium social club on Tuesday. It starts at 7pm and the club hopes to see as many fans in attendance as possible.