Sunday’s game against London Skolars at the Vestacare Stadium (3pm kick-off) will also take the form of a huge ‘Community Day’, one of the biggest we have ever had.

We will be welcoming lots of children from Hathershaw College and about a dozen local primary schools as part of The Oldham Pledge initiative and we will, of course, be launching ‘Roary’s Pride’, our very own junior supporters club for under-16s.

‘Pride’ is sponsored by the Rugby Oldham Supporters Trust, for which we are extremely grateful.

Membership has an annual fee of £10 but for that they get the following Roary’s Pride branded goodies:

said Roary, who will be the proudest lion in town on Sunday when he starts to sign up young people to his very own pride.

It was a view echoed by lifelong fan Dave Murgatroyd, who will run the club with his son Nathan, Sophie Nixon, who is 19, and Roary, of course. We might be just a little bit biased but we do genuinely believe that our loveable lion is the best mascot in Rugby League.

To join on Sunday, children will need their £10 membership fee for the year and, ideally, parental or other appropriate adult supervision if they are very young.

Please see montage (below) of some of the items that will be included in the membership package.

You can’t miss the joining area — there will be a table manned by Dave Murgatroyd, Sophie and Roary, of course !

He looks forward to seeing lots of young people on Sunday and sends this message:

Have a great day ! C’mon you Roughyeds ! 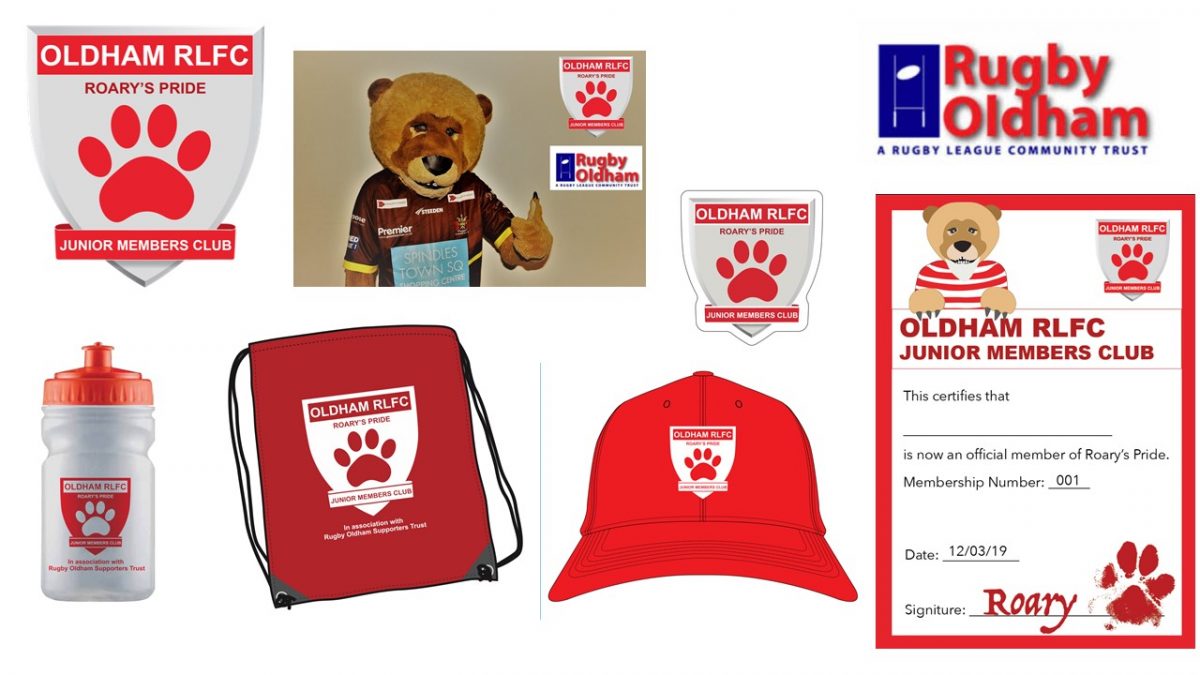