RUGBY Oldham Supporters’ Trust has put up a four-figure fee to sponsor ‘Roary’s Pride’, the Roughyeds’ new club for under-16s which will be built around their popular lion mascot.

It will be launched at the game against London Skolars at the Vestacare Stadium on Sunday, March 24.

The Trust was inspired to help financially because it was an initiative that was primarily designed for future generations and that dovetailed nicely with their own aims and objectives regarding young people. 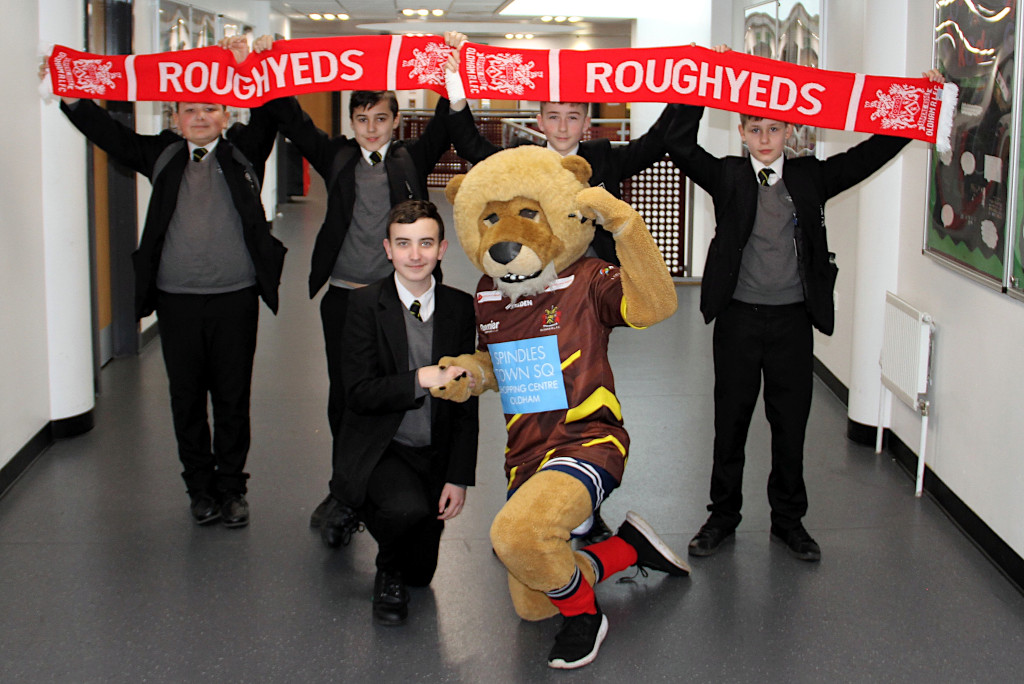 Oldham RLFC’s Julie Collins said: “On behalf of ‘Roary’s Pride’ and the club’s new management team I would like to thank Rugby Oldham for their generous financial backing and support.

“We are keen to retain and build on our good relationship with the Trust.”

“The club is working hard to increase awareness and attendances. The younger generation has an important part to play so the launch of ‘Roary’s Pride’, backed by Rugby Oldham as initial sponsors, is a huge step forward for which the club is very grateful.

“We hope to get a big turn-up in membership at the launch on March 24.”

“Rugby Oldham is delighted to be engaging with the club in such a positive way.

“We recognise, as do Roughyeds, how important it is to get the next generation interested in the game and involved with the club.”

Roughyeds are forging links with the nearby Co-op Academy Failsworth, whose pupils in Year 9A and 9C each designed a logo for Roary’s Pride as part of IT assignments.

The winning entry, by 14-year-old Bailey Howell, will become the official logo for Roary’s Pride and will feature on all merchandise and membership packs.

Pupils, parents and staff will be invited to the launch game and Bailey and his parents will be hospitality guests.

The club will be run by father and son David and Nathan Murgatroyd with the help of 19-year-old Sophie Nixon and the proud lion himself Roary.

The launch will include free face painting for children — all Roary related !

Membership will cost £10 a year which will include a membership pack, regular fun meetings, a signed picture of Roary, a baseball cap, other goodies, recognition of birthdays and visits to meetings by the Roughyeds players.

Said David Murgatroyd (49), lifelong fan and a member of Oldham RLFC’s new management team: “I want everyone in Roary’s Pride to be exactly that — proud. I want them to be proud of their town, their club and their team but, most of all, proud of themselves.”