Bridge – Langtree double-act back in the frame my

​THERE was a time in the early part of last season when pundits were describing Oldham’s pair of Danny boys — Bridge and Langtree — as the best second-row pairing in League 1 and possibly the best outside of Super League.

It was rich in promise and whatever magic Langtree conjured up on the right, Bridge was likely to match on the other side of the field.

It was a lethal twosome, but it was broken up all too soon when Bridge was suspended for nine months by one of the RFL’s Independent Tribunals and his first season as a Roughyed ended in midsummer.

‘Langers’ went on to collect 21 tries in 2018 and did enough to win the attention of Hull FC, whom he joined on a two-year contract covering this year and next.

What odds would you have got then on the restoration of the Danny boys at Oldham in 2019?

Give or take a couple of weeks and Langtree’s return to the Vestacare Stadium coincided with the end of Bridge’s ban with the result that both are included in Scott Naylor’s provisional 19-man squad for the game at West Wales Raiders on Saturday.

That hasn’t happened since July last year so with 14 of the 20 regular Betfred League 1 games still to be played it’s a significant selection of which Oldham fans will expect a great deal.

From last week there are three changes in the 19 with Harry Maders, Paul Crook and Bridge replacing Phil Joy, Anthony Bowman and Aaron Jones-Bishop.

Bowman broke two ribs in the defeat by Hunslet, while Jones-Bishop is waiting for a scan on a troublesome knee amid fears that he might have suffered ligament damage. 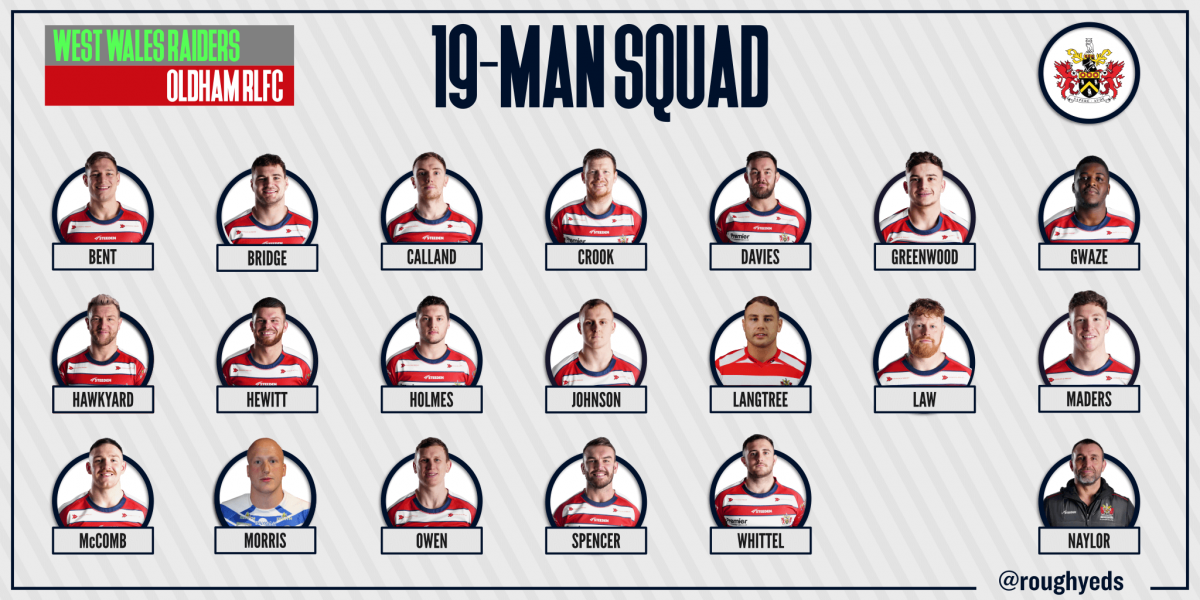 “Some changes have been forced by injury, others because of the disappointing performance in the last 15 minutes against Hunslet.

“We’ve now got a chance to respond and put in an 80-minute performance. I’m not bothered about the score or the result, I jut want a good 80 minutes, something we’ve done only once so far and that was against London Skolars.

“It’s easy for me to say what I want because I know that if we produce a start-to-finish performance it will take a really good team to beat us.”

An Oldham win will take Roughyeds back to third place in the table, at least for 24 hours.