​SCOTT Naylor’s 19-man squad for the big Good Friday game against Betfred League 1 leaders Hunslet at the Vestacare Stadium (3pm) shows three changes from the 19 who were named for the Newcastle game a fortnight ago. 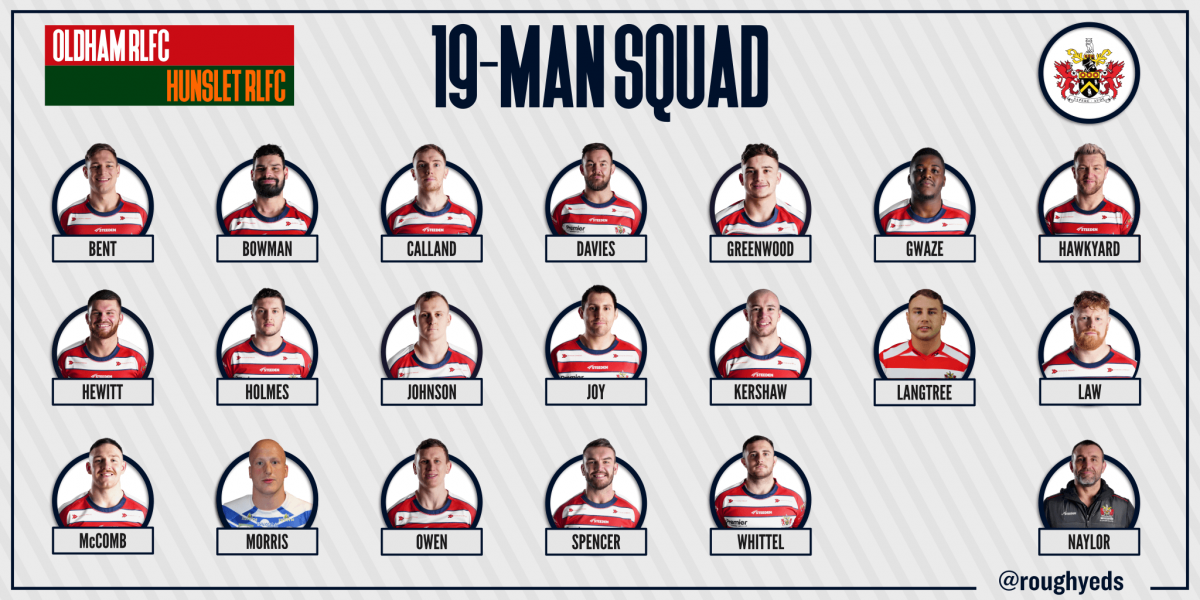 Phil Joy was in the 19 at Newcastle but he didn’t play because his fiancee presented him with a son the day before the game.

All eyes will be on Langtree who has returned to the club from Hull FC and is named in the provisional list for the first time since his return.

Hunslet are expected to field former Oldham players Ben Heaton and Dale Bloomfield in the backs and Adam Robinson in the forwards.

Shop at the stadium

Fans are advised that there will be a Roughyeds shop at the game, selling club merchandise at discounted prices, cash or cheque only please.