Now we can concentrate on the league

THAT old adage ‘now we can concentrate on the league’ was never more apt than it was at Bower Fold when a young Widnes Vikings outfit that overflowed with pace and skill demonstrated all too clearly how much ground Oldham have to make up if they want to compete successfully with the better teams in the Championship.

One of the Challenge Cup’s big attractions is the opportunities it provides for the occasional giant-killing act.

They don’t happen often between Preston Guilds. In the main, status and rankings run true to par. Widnes did to Oldham, in this 54-14 win, what Oldham did to Haydock when winning 80-10 in the previous round.

How much closer Roughyeds might have come had they been able to field men like Aaron Jones-Bishop, Adam Brook, Matty Wilkinson, Lee Kershaw, Danny Grimshaw, Danny Bridge and Anthony Bowman is open to debate and speculation.

In lop-sided contests like this you can only ask of the outsiders that they graft, play with desire and self belief and do themselves justice.

Oldham certainly did that in the second half. The jury is out on whether they did it in the first 40 minutes.

Widnes’s outside backs were given the freedom of Tameside and they had the speed, agility, precision passing and confidence to run rings round Oldham’s overworked defenders in much the same way they swept aside Featherstone Rovers, Bradford Bulls, Barrow Raiders and Rochdale Hornets in their four Championship matches since coming out of administration.

A side built around Widnes-area youngsters who have been developed through the Vikings academy has the X-factor and the basic skills and techniques to be challenging for a play-off spot and much, more more come the end of the season.

Oldham aren’t the first and they won’t be the last side to be blown apart by a hard-working pack led by Harrison Hansen and classy backs which are organised astutely by stand-off Jack Owens in his role as pivot and holder of the master key that can so stealthily unlock opposing defences.

These young backs had seven tries on the board by half-time and they finished with nine out of ten and hat-tricks for Owens and left-wing Owen Buckley.

Ryan Ince, Lloyd Roby and Keenan Brand each popped up with another , the exception being hooker Jordan Johnstone’s try near full time.

Oldham stepped up their call-to-arms considerably after the break. They played with more vim and vigour; tackled heavier; ran stronger; and were rewarded with three unanswered tries by Zack McComb, Gareth Owen and Ritchie Hawkyard. 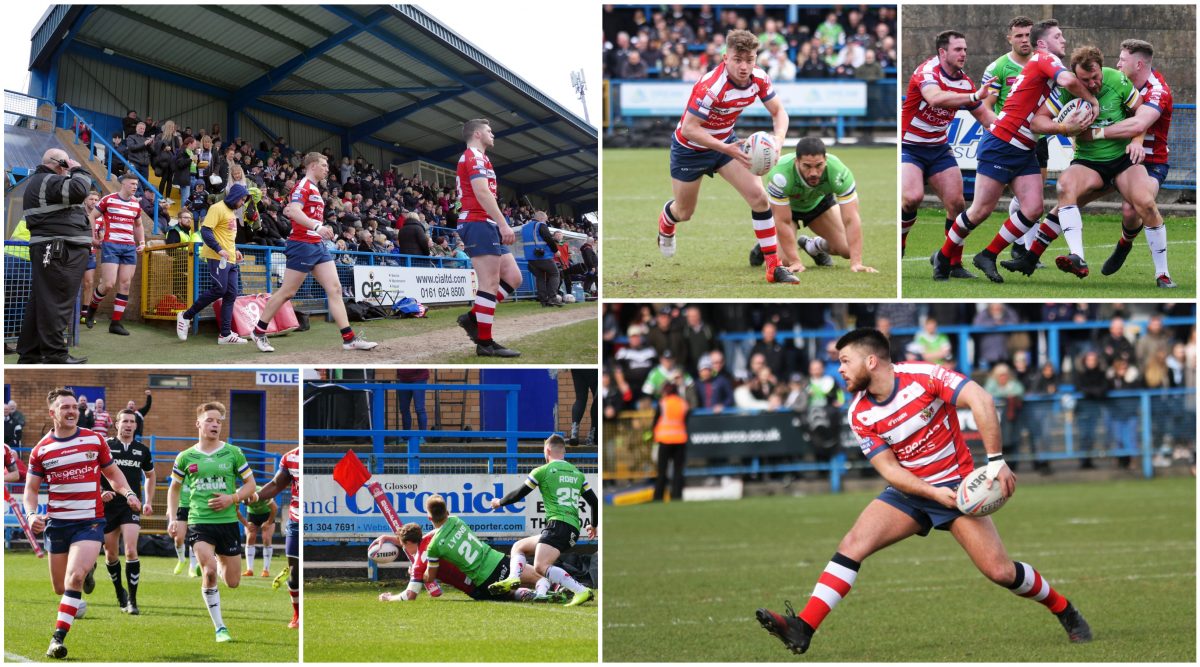 Owen’s return from the bench and his subsequent switch to half-back got the right-side attack moving well, mainly featuring McComb, Kyran Johnson and Ritchie Hawkyard.

It was fitting that McComb, Owen and Hawkyard all scored in a 15-minute spell that went at least some way to erasing the memory of that disappointing first stanza.