Bowman, Joy back in provisional 19

Joy was given last weekend off to celebrate his elder brother’s wedding, while Bowman has been out injured for a few weeks.

Stepping down to make way for these two in the 19 are winger Harry Maders and young hooker Jamie Greenwood.

Joy and Bowman, whose last appearance at Cougar Park was in a Keighley shirt against Oldham, are two of the most experienced players in the Roughyeds squad while Maders and Greenwood are two of the youngest — a broad hint that the Oldham boss is going for nous and a street-wise approach. 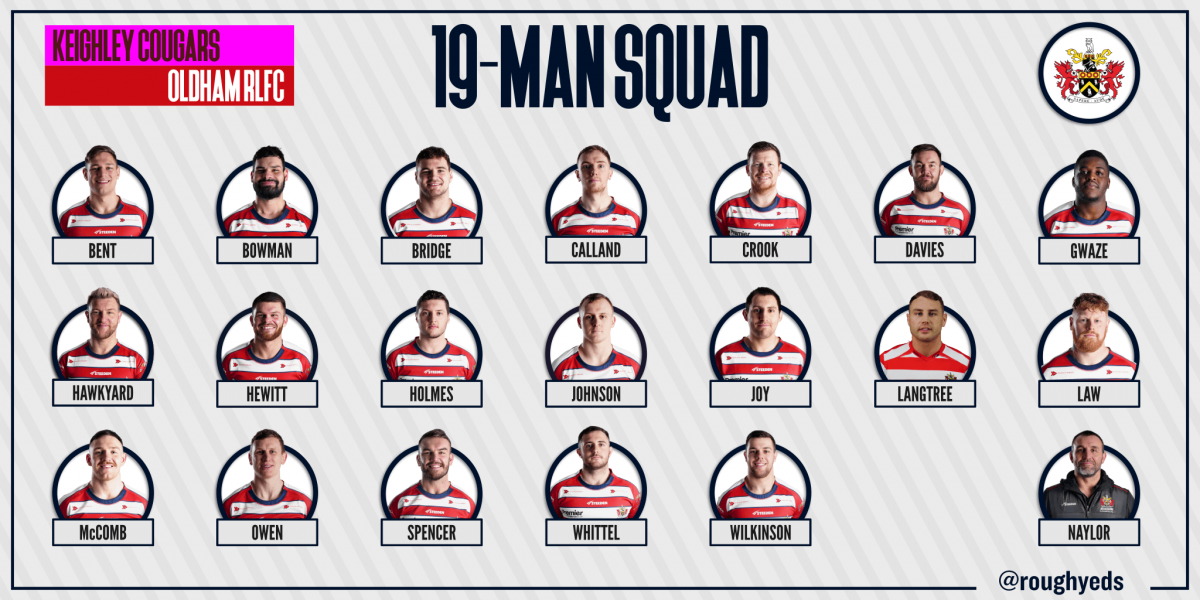 Cougars are bottom of the league but only because they started off on minus-12 points because of financial turmoil under previous owners.

Five wins and a draw from eight games would have put them third in the table — one spot higher than Oldham — in normal circumstances.

Despite that, Cougars have this week sacked coach Craig Lingard and it will be interesting to see whether the Keighley players react adversely to his sacking or determine to do well for their former boss.

Oldham coach Scott Naylor will tell his side, which will include former Keighley players, to put all that to the back of their minds and concentrate on doing what Roughyeds do best.

“Craig Lingard did a fantastic job as coach and then got sacked.

“Their defeat at Newcastle last week was their first loss in seven games and our record at Cougar Park is dreadful.

“They’ve been difficult to beat home and away and we’ll have to be at our very best to win. Having said that, if we are going to aim for top spot we need to be winning at places like Cougar Park.

“We’ve played well in our last two games and we need to aim for consistency against a very good Keighley side.

“It’s going to be tough for both sides. We need to hit our best and hope that will be enough to do the job.”