Flying the flag for Roughyeds

OLDHAM RL Club welcomed the leaders and girls from the Chadderton-based 26th Oldham Rainbow, Brownie and Guide unit to the Vestacare Stadium on Sunday (May 19) for the match against Coventry Bears, which Roughyeds won 34-18.

The girls, most of whom watched their first live game of rugby league, were the club’s flag bearers.

“The girl-guiding experience is all about fun and friendship and with that in mind we were delighted to accept the invitation from Oldham RLFC.

“It was a new experience for the girls and it’s the sort of thing that builds confidence and self-esteem.”

The 26th Oldham unit has been giving girls the Guiding experience for 26 years on a weekly basis with the same leaders.

They are one of many similar units in Oldham and hundreds more across Great Britain, each giving girls the opportunity to learn new skills; earn qualifications; experience international travel and much more, all with fun at the core of everything they do.

In another of the club’s community initiatives, Oldham Foodbank also had staff and volunteers at the game, receiving donations of tinned and long-life food from Roughyeds fans. 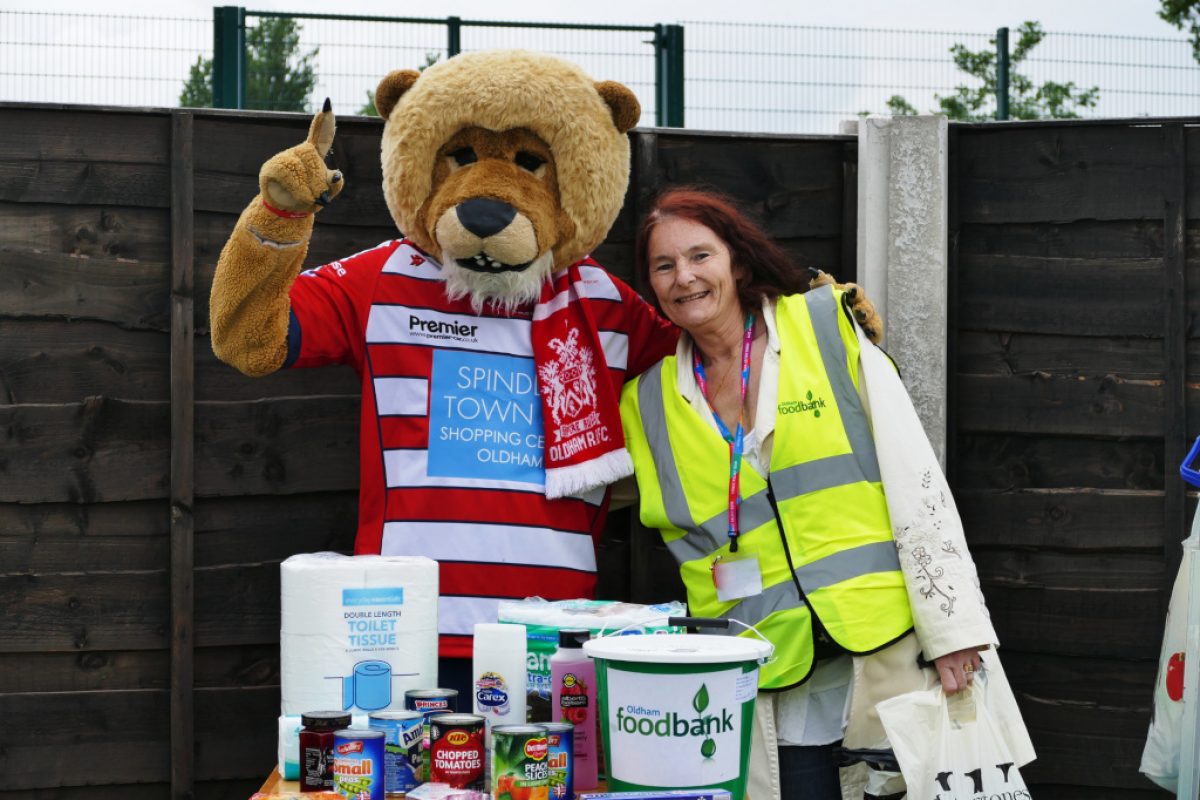 Ben Whisker, a member of the club’s management committee who was largely responsible for setting up these two community initiatives, said:

“They were both very successful.

“The Foodbank people were absolutely delighted with the food donations they received — a big thank-you to all our fans — and the girls from 26th Oldham Rainbows, Brownies and Guides were tremendous.

“I think some of them enjoyed the rugby too.”

“We are working hard on our community programmes and these were the latest of several community-based projects we have undertaken this season.”

The club has formed links with Co-op Academy, Failsworth, whose IT pupils had a competition to design the new logo for Roary’s Pride.

Roughyeds are also heavily involved in The Oldham Pledge, a project run by local schools and designed to prepare children for life after school.

As part of The Pledge initiative more than 200 pupils, parents and staff were at the home game against London Skolars in March.