​IN the main Scott Naylor is keeping faith with the side that has scored 22 tries in its last two outings.

The head coach was particularly impressed with his side’s performance in a 48-12 1895 Cup win against Whitehaven and that is reflected in the 19 he has named for tomorrow’s (Sun) clash with Coventry Bears at the Vestacare Stadium. (3pm kick-off).

There is only one change in the 19, Ben Calland replacing Phil Joy.

There is no place either for fit-again Adam Brook and Anthony Bowman.

This is a further pointer to the possible thinking of the coach that he should reward the side that produced what in his view was one of the best shows of the season against Whitehaven last time out.

He has said though that over the next nine weeks, when there will be pressure rugby in the promotion chase on each successive weekend, the work load will be shared by all 22 players who are currently available to him.

Coventry come to the Vestacare only two points outside the play-off zone and having already beaten two teams with wins over the Roughyeds this year, namely Newcastle Thunder and Workington Town. 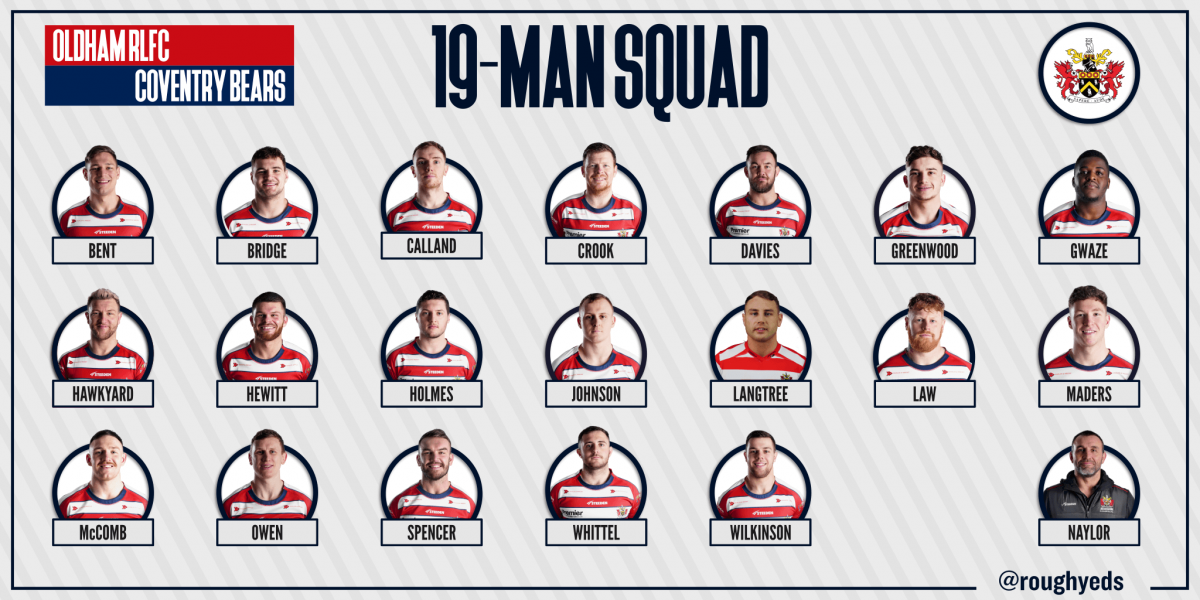