New winger comes in on loan

WITH several wingers out injured, Oldham have signed Swinton’s young back Harry Aaronson (21) on a month’s loan.

He will train tonight with Scott Naylor’s squad and be in contention for selection in the side to face Doncaster at the Vestacare Stadium on Sunday (3pm) in the second round of the new 1895 Cup. 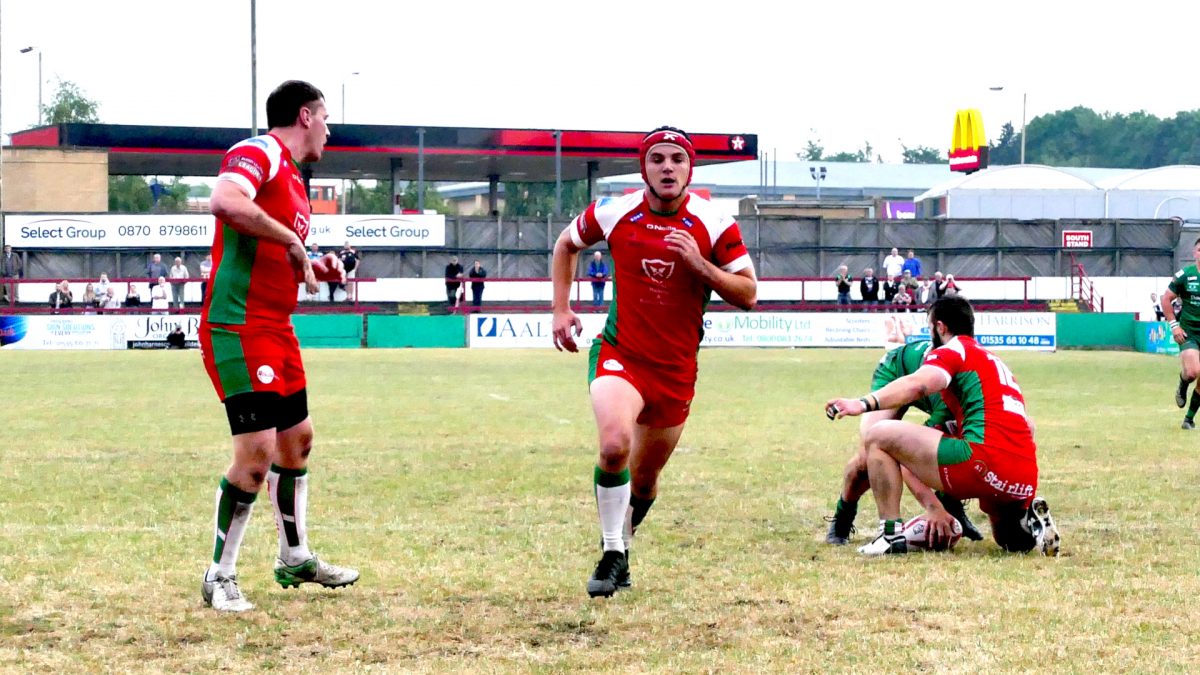 Aaronson in action for Keighley

An Oldham lad who is currently studying at university in Leeds, Harry rose through the ranks at Hudderfield Giants academy before joining Swinton in 2015.

He was only 17 when he made his Lions debut at Coventry and scored two tries.

He represented England Universities before having a season at Keighley Cougars in 2018 and then going back to Swinton, who describe him as “lightning quick” with good hands.
Reaction and more to follow later.

Roughyeds have lost three wingers in recent weeks — Lee Kershaw, who has gone back to Wakefield Trinity after a loan spell; Aaron Jones-Bishop with a serious knee injury; and Kyran Johnson with a broken jaw.

On top of that Harry Maders has been suffering from an unknown allergy.

Aaronson, who was at Saddleworth Rangers as a boy, said it was “awesome” to join his hometown club, albeit on a temporary basis.

“I’ve spent the last year or two joking with my Dad that one day I would put on the Oldham shirt and now it looks as though it’s going to happen.

“I know a fair bit about the club and I’m really pleased to be joining them at a time when they’re on the up. As an Oldham lad, it will be awesome.”

He is studying social politics at the University of Leeds.

Wing is his favourite position, but when playing for England Universities last year in three games against New Zealand, the Armed Forces and GB Teachers, he alternated between
wing and full-back.

“I’m well aware of the wing situation at Oldham right now so that’s why I’ve been signed , but I am seriously looking forward to it.”