Wilkinson, Joy back in 19-man squad

​PROP Phil Joy and hooker Matty Wilkinson are back in Oldham’s 19-man squad for the big 1895 Cup tie at the Vestacare Stadium tomorrow (Sunday), kick-off 3pm.

Out go Ben Calland, who was 18th man last week, and Frazer Morris, the on-loan young prop who has gone back to Halifax.

Wilkinson, who suffered concussion against London Skolars on March 24, has played only one game in the last four, but has now been cleared to resume.

Joy is back for Morris in a squad that includes 16 of last week’s 17, plus Wilkinson, Joy and another prop, Ben Davies.

Whitehaven, tomorrow’s visitors, have lost their last five games against Oldham and they last beat Roughyeds away from home in May, 2012.

They are currently top of Betfred League 1 and are unbeaten since their 36-12 defeat at the Vestacare Stadium in the second league game of the season on February 24. 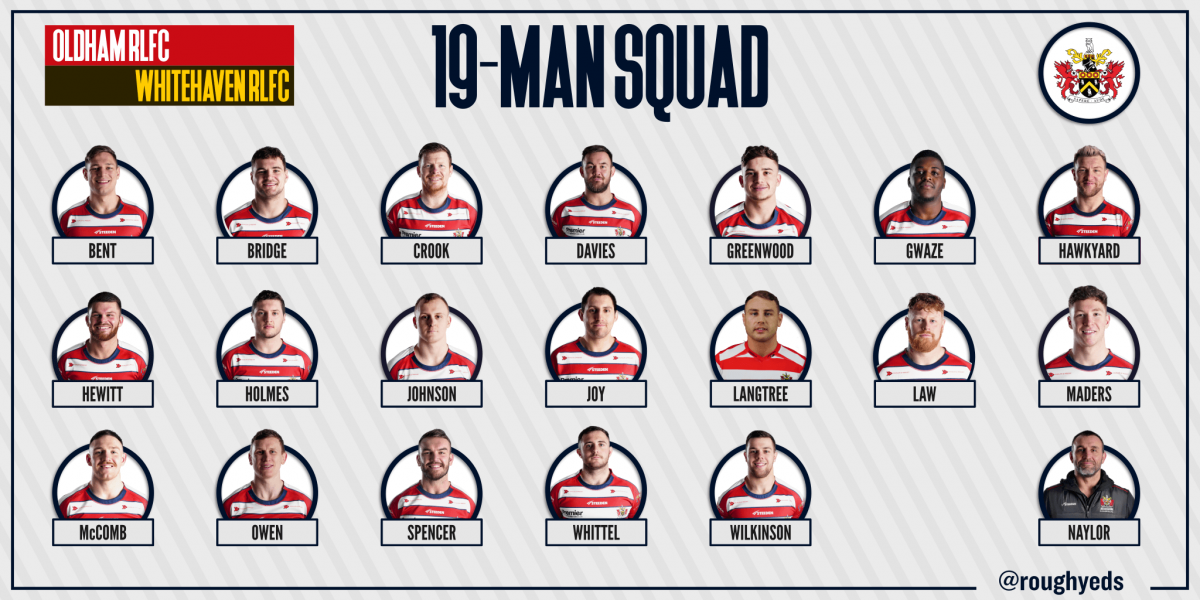 The four League 1 winners from the first round will join the 12 English-based Championship clubs in the draw for round two, which will be streamed live on Our League and the RFL’s Facebook page from 6pm on Sunday.

The final will be at Wembley as a double-header with the Coral Challenge Cup on Saturday, August 24, to which the Oldham club is running a trip, details to be announced soon.

Like all cup-ties, tomorrow’s game is a shared gate. all-pay game.

Rochdale Hornets have confirmed the departure of player-coach Mark Forster and the appointments of Matt Calland as head coach, Dave Larder as assistant coach and Martin Hall as director of rugby.

Tweets from Roughyeds
McComb, Kelly will have their cards marked
Northern powerhouse in 1895 Cup