​NEW recruit Harry Aaronson and half-back Adam Brook, who hasn’t played for several weeks because of a broken wrist, are both included in Oldham’s 19 for the AB Sundecks 1895 Cup second-round tie against Doncaster at the Vestacare Stadium tomorrow (Sunday), kick-off 3pm.

Compared with last week, there are four changes in the 19, Aaronson (21), Brook, Harry Maders and Jamie Greenwood replacing the injured Kyran Johnson, Danny Bridge and Danny Langtree as well as the unavailable Emmerson Whittel. 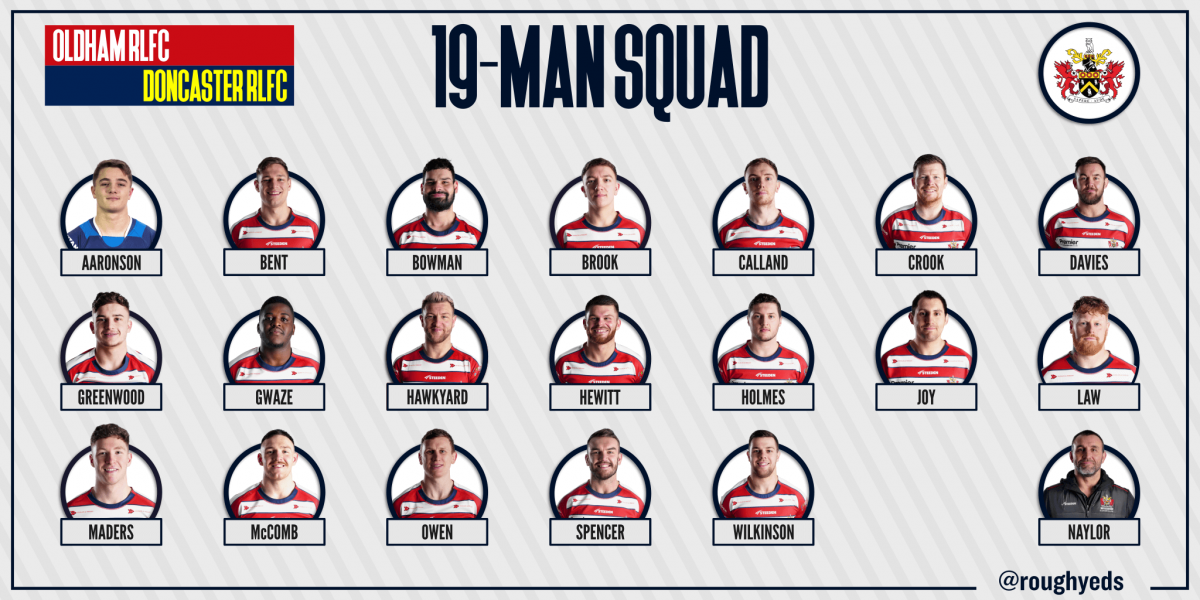 Bowman, out for several weeks with a rib injury, was in last week’s 19, but didn’t play because his wife went into labour the day before the game.

Harry Maders didn’t play either, because of an allergic reaction to something unknown, but he has now been cleared to play.

Roughyeds will be seeking their fifth win in a row as they bid to reach the new knock-out tournament’s last eight.

Coaches, players, chairman Chris Hamilton and the new management board of nine – John Davies, Roger Halstead, Anne Kearns, John McAndrew, Dave Murgatroyd, Dave Naylor and Ben Whisker – urge all fans to turn up and support the boys in numbers at a time when the RFL and the sport’s authorities are taking stock of each club’s attendance figures., Julie Coll