Graeme began to watch Oldham in 1951 when he first went to Watersheddings with his grandad.

He can remember sitting on the concrete wall in front of the terraces, but he can’t remember which game it was. 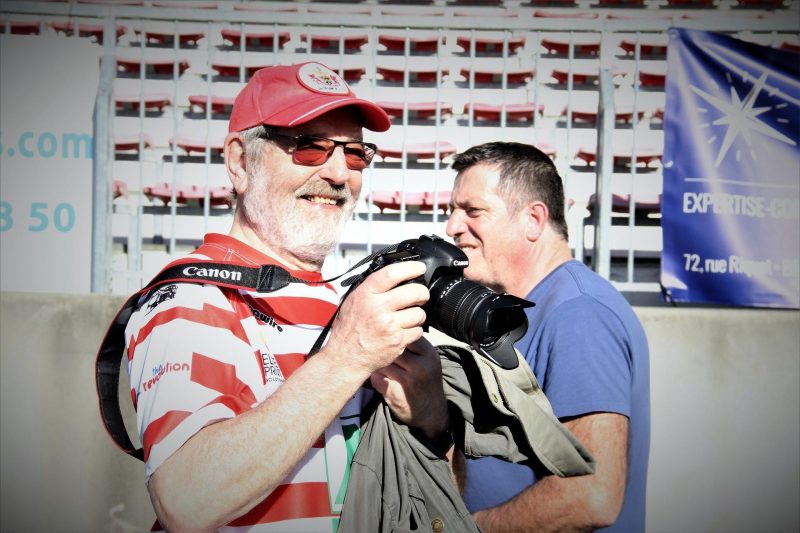 Nearly 70 years on, Graeme continues to support Oldham because he finds it an hospitable club with a nice, warm family atmosphere. He told me: “You can chat with anyone and even the players are approachable.”, writes JENNY McGRANE.

His most memorable game was the day Oldham put Super League side Hull KR out of the Challenge Cup in 2016.

“I’ll bet you could hear the cheers all the way back to Oldham,”

Graeme’s favourite player is Phil Joy, whom he has watched since he was playing at Waterhead, He graduated to Oldham reserves, in the same team as Steve Nield, Danny Langtree, Michael Ward and Kenny Hughes, and then he made a first-team spot his own in 2013.

“He’s like a stick of rock, with ‘Oldham’ written right through him.”

Another player he enjoyed watching was Marcus St Hilaire — a top player, he said, and a really nice person.

He was sorry to see Danny Langtree leave the club but, like everyone else at Roughyeds, he knew it was a great opportunity for him to join a Super League club, although it was still a sad day.

“Unfortunately it didn’t work out for him but it was a great day for us when he came back.

“When he played his first game back in Oldham he got one of the biggest cheers of the season, a quiet man off the field but certainly not on the pitch,”

“We are having an up and down season but fortunately so is everyone else in our division, so our chances of automatic promotion are still good although we are half way through the season and we can’t afford to have any more bad results.

“It’s nice to see London Skolars doing well. I think it’s good for the game and it shows other non-heartland clubs that we’re not just a Northern game.

“Coventry had a good start to the season and have made some of the more established clubs take note. Finally West Wales keep bringing young talent through and they can take heart from the fact that, not all that long ago, even Oldham went a whole season without a single win.Thankfully it hasn’t happened since.’