Ritchie H — our Action Man player of the week

Huddersfield-born Ritchie Hawkyard is our latest player of the week.

A few family members played rugby league before him so Ritchie always felt he was born into the sport before taking it up at a young age.

Talking to JENNY McGRANE, a member of the Roughyeds’ media team, Ritchie said he often watched his uncles play too, including the one and only Colin Hawkyard, a great favourite of Oldham fans in Watersheddings days. 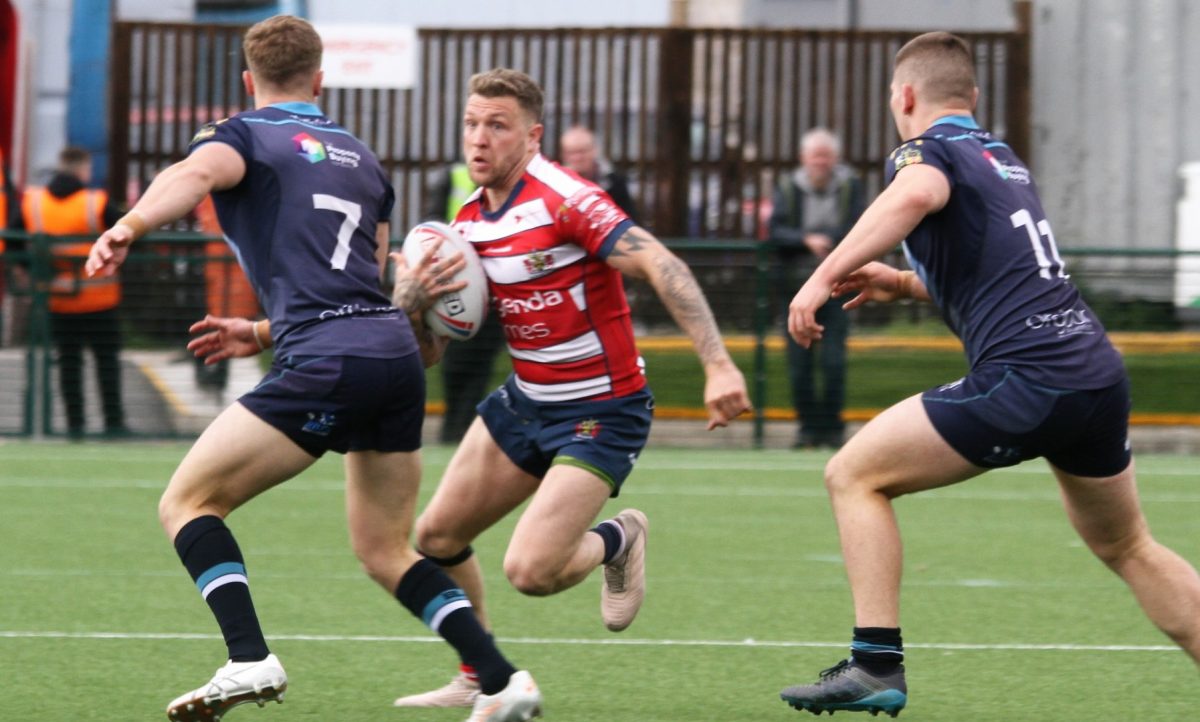 Ritchie in action against Coventry

Ritchie’s early hero on the field was Jason Robinson. Away from rugby, Ritchie’s hero is his dad.

Our popular full-back liked Robinson’s style of play and as they are both on the small side, he fully appreciated Robnson’s speed. As our fans know, Ritchie has an Action Man approach which in some ways resembles how Robinson used to play.

Asked to briefly describe himself, he commented: “A joker, enthusiastic and sometimes lazy at training.” He also said he’s the team joker.

Off the field Ritchie is a true family man and loves spending time with his children at every opportunity. As well as rugby, he enjoys football and cricket and he loves his DJ work at musical events.

Ritchie, a fans’ favourite like his uncle Colin all those years ago, was also a popular player at his previous clubs Swinton, where he played for nine seasons, and Keighley.

He started at Bradford Bulls, however, and that was where he played one of his most memorable games — his debut in the 2007 Super League season against home-town Huddersfield Giants, which was televised on Sky. All his family was there to cheer him on.

After playing three times for Bradford he joined Swinton and helped them to win promotion in 2015 (the same year as Oldham), by beating Keighley in the Grand Final. Roughyeds went up by the more direct route, the Promotion Final.

His favourite opponent was his brother Darren and he would have loved to play alongside former Aussie half-back or hooker Andrew Johns.

Of the current Oldham squad he would like Zack McComb and Adam Brook alongside him if he were to be marooned on a desert island — Zack because “he’s a great lad, funny and on the same bus as me” and Adam “because he could rescue us from any tricky situation with all the apps on his phone.”

Now in a testimonial year, Ritchie feels Oldham had a slow start to the season but are now gelling, improving and winning. He feels the squad has a good range of player qualities and the lads complement each other.

He is confident Oldham will gain automatic promotion at the end of the season by finishing at the top of the table. That’s confidence for you and that’s Ritchie Hawkyard . . . a player who oozes self-belief. club and team loyalty and a positive outlook.