​SCOTT Naylor was understandably happy with both the result and the performance when his Roughyeds got their promotion push back on track with a 28-4 win against a plucky Keighley Cougars outfit at the Vestacare Stadium.

The Roughyeds’ head coach was looking for a much-improved showing after the 31-0 defeat at Doncaster and he certainly got that from a defensively hard-working Oldham side that was only seconds away from ‘nilling’ the Cougars when thy scored their only try of the game on the very last play.

Ben Davies made his 200th career appearance while on-loan Harry Aaronson, playing his third game for his home-town club, chalked up his 50th senior game, scored two tries and won the club’s Magic Moment award for his first try which was a solo effort from inside the Oldham half.

Throw in the huge success of the visit by the six children from Belarus with their local host families, all part of the Chernobyl Charity, and it was a good day all round for rugby league in the town.

The Past Players Association were there as sponsors, represented by Martin Murphy, Mike Elliott, Ray Hicks, Tony Finan, John Watkins, Paul Rennie and, all the way from Adelaide in Australia, Dennis ‘Butch’ Murray. 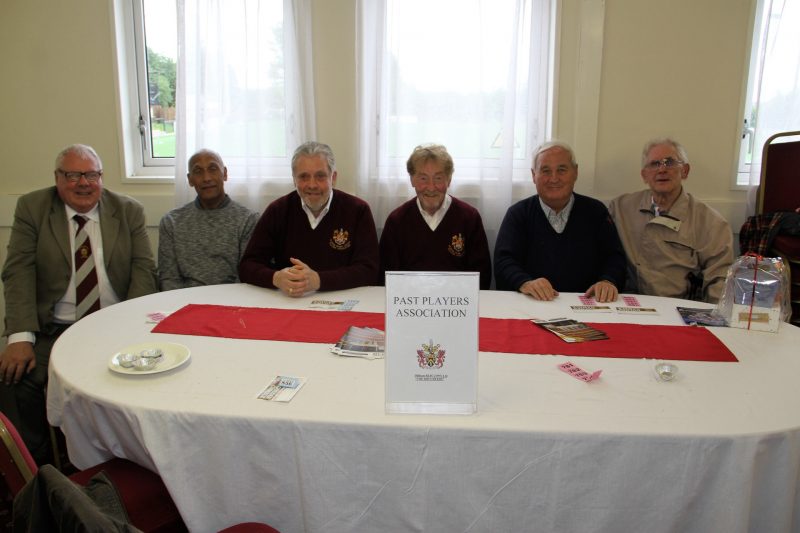 They saw a five-try Oldham performance on a weekend in which third-placed Roughyeds made up ground in the push to finish top thanks to Hunslet’s home defeat by Doncaster and Whitehaven’s loss at Newcastle.

“Ours was a positive response to our poor performance at Doncaster the week before and I’m very happy about that and also at how well we did the basics on both attack and defence.

“We showed a lot more composure with the ball in hand and our defensive work was spot-on, especially when Keighley had blocks of back-to-back sets in the ten minutes before half-time and for quite long periods in the second half.

“We needed a good response and we certainly got it because we won well against a Keighley side that kept battling to the end and will surprise a few teams before the season is over.

“Despite our scores against them, 52-12 and 28-4, I’m certainly glad we’ve got them out of the way because they’ve a lot of enthusiasm and they’re going to get better as time goes on.

“As for us we’ve always had the right attitude and the desire, even in the game at Doncaster, but it was our execution, ball control and defence that let us down and we went a long way in this latest win against Keighley to putting it right.

“We’ve got to build on this now when we go up to Workington on Sunday and seek some consistency because that’s been another aspect of our season up to now that needs improving.”

The only injury reported from the Keighley game was dual-reg forward Nick Gregson’s concussion which caused his departure for a head test midway through the second half.