Weakened Roughyeds slip out of 1895 Cup

OLDHAM’S all-action full-back Ritchie Hawkyard has promised that Roughyeds will go all out to avenge this AB Sundecks 1895 Cup defeat by Doncaster when the teams meet again in the League at the Keepmoat Stadium next Sunday evening, June 9 (5.30pm kick-off).

Receiving his man-of-the-match award in the hospitality suite after a 24-12 defeat by a determined Donny outfit, ‘Titch’ Hawkyard said:

“No disrespect, but our main aim is to finish top of Befred League 1.

“We’d a few changes in the side and we had to swop and change the game plan a few times. There was nothing in it until Donny got a breakaway try midway through the second half and then our heads dropped a bit.

“Next week we’ll be hungry to put things right.”

Of his provisional 19, coach Scott Naylor left out centre McComb, the club’s leading try scorer this year with 13 in 12 appearances, and half-back Hewitt, our top points scorer with 74.
Between them they had made 23 out of a possible 24 appearances.

“We are disappointed to lose but given the players we had out, it was a really good effort,” commented club chairman Chris Hamilton.

“We had lots of possession and position but we couldn’t make it count and then they broke away to score the decisive try.”

Oldham were attacking strongly early in the second half with the scores locked up at 6-6 when a Jack Holmes pass was intercepted by PNG star Watson Boas, who had the pace to out-run the retreating Roughyeds and score behind the posts.

With his half-back partner Matty Beherall taking the game by the scruff of the neck, Donny never looked back.

Oldham had lost their hold on the game with the result that the visitors scored three converted tries in the space of six minutes, the first by Boas, then by sub forward Callum Ogden and finally a third by Sam Doherty, all improved by Beherall.

The game was won and lost in those six majestic minutes for Donny and those six minutes of madness for Oldham. 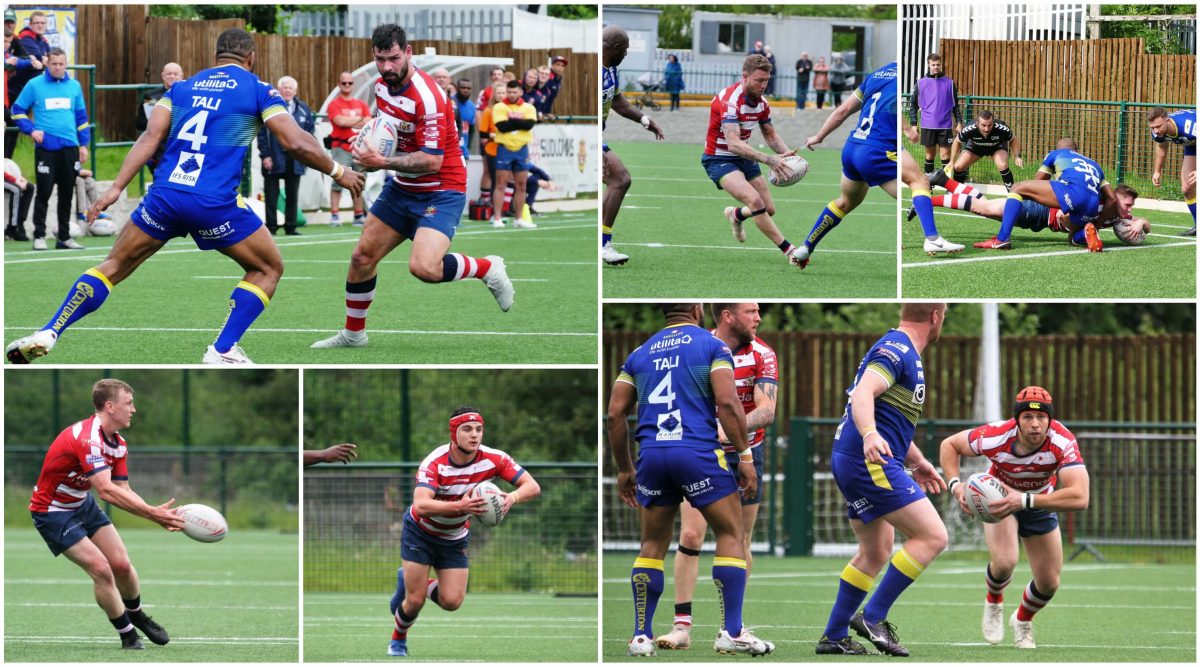 In stark contrast to Oldham’s under-strength line-up, which also included Swinton’s young loanee Harry Aaronson on the wing, Doncaster were at full strength.

They fielded two dual-reg men from Hull FC, centre Cameron Scott and back-row man Levy Nzoungou, and two loan players in Boas from Featherstone and Menzie Yere from Sheffield Eagles.
Oldham had an early scare when visitors full-back Jordan Howden strode through a tackle to cross the line wide out only to be penalised for an obstruction.

There was no stopping Donny inside 26 minutes, however, when Beherall kicked for the corner and winger Matthew Chrimes jumped high for the ball to score the try.

Oldham finished the half on top and they were rewarded when Matty Wilkinson and Jack Spencer combined well to send Adam Brook scampering in for a try which Paul Crook converted.

A six-apiece scoreline accurately summed up the first-half action, but on the odd occasions Donny escaped the clutches of the home defence there were signs they had the speed and finishing power to hurt Oldham from distance.

It required, for instance, some remarkable defensive work by Wilkinson, Crook and Brook to hold up Boas on the Oldham line after he and Menzie broke up the middle.

Oldham were taking the game to Donny at this stage, however, and they had loads of good possession at the right end of the field.

The ball was going to ground too often for comfort, though, and it was from one such error that Boas struck from long-range on the counter attack to give the visitors the lead for the second time.

Going from strength to strength they quickly went 24-6 up and a late try for Harry Maders on a Brook kick to the corner was small consolation for the well-beaten home side.

The pitiful attendance of 283 was another disappointment.