What a pleasure it was to welcome the Chernobyl children

WE would like to say what a real pleasure it was to welcome the Chernobyl children to the game against Keighley Cougars.

They were our flag bearers and they also took part in other activities, including the Half-time Challenge with John Davies, writes JENNY McGRANE.

The children have been staying with host families in Oldham for three weeks, during which time they have been on holiday in Wales to see the beach and sea for the first time, and they have one more week here before they leave for home in Belarus.

The Chernobyl Children’s Life-Line Charity has been providing these respite breaks for more than 30 years but as the years go by it becomes harder and harder to raise funds for a cause that is just as worthy now as it was in the years immediately following the 1986 nuclear disaster.

As the children arrive with only the clothes on their backs and a few items in a plastic bag, the charity provides each of them with a suitcase full of clothes to take home, not only for themselves but for siblings as well. The areas the children live in are stricken with poverty and are still affected by low level radiation.

There isn’t much funding for all the hard work they do so volunteers do many fundr-raising events to help keep this great work going. One brave volunteer will be doing the Three Peaks Challenge in a couple of weeks.

As the children have been made members of our new Roary’s Pride junior supporters’ club they have each been given a pack and will also be kept updated via email of all that happens at the club, just like our fans here in the UK.

We would like to thank all involved in the charity for the work they do to give these children an experience they wouldn’t normally ever have. 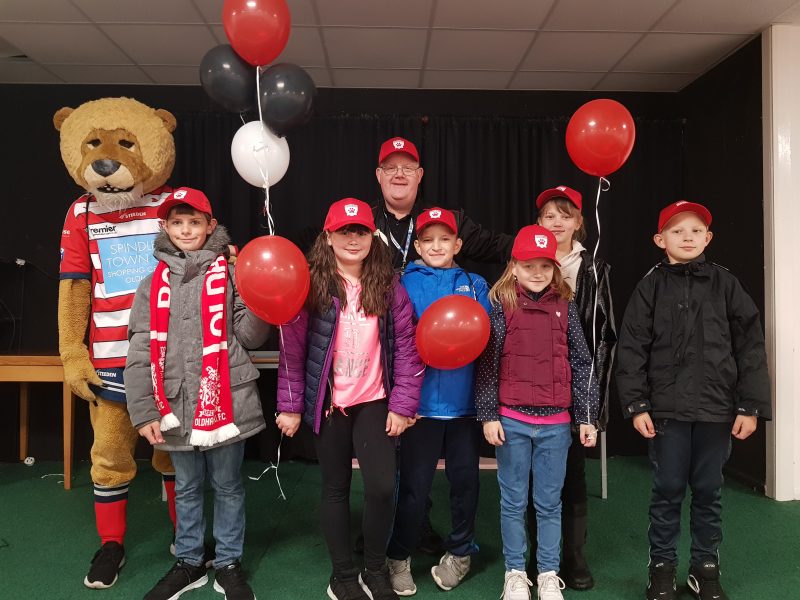