THE congratulations of everyone at Oldham RLFC go to Saddleworth School on their magnificent achievements at two senior levels in the schools’ rugby league season that ended recently.

The under-15s (Year 10) and the under-16s (Year 11) both reached finals at North-West Counties and National levels to give the school its best-ever overall result in a single season — a tribute to the school’s head of rugby Gary Melling; his staff and fellow coaches; and the boys themselves.

“It was a season we won’t forget in a hurry,”

said Gary, who was thrilled when his under-16s were crowned North-West champions with a fantastic 18-4 win against Wade Deacon of Widnes at Robin Park, Wigan.

Tom Whitehead, who also plays for Saddleworth Rangers, the Warrington Wolves junior sides and the elite England under-16s squad, was named man of the match.

In the national under-16s final Saddleworth fell short when beaten 30-16 by Outwood Grange School of Wakefield at the Post Office Road ground in Featherstone.

Tries by Whitehead, fellow England under-16s player Fenton Rogers and Josh Fitzgerald were not enough to deny their Yorkshire opponents. 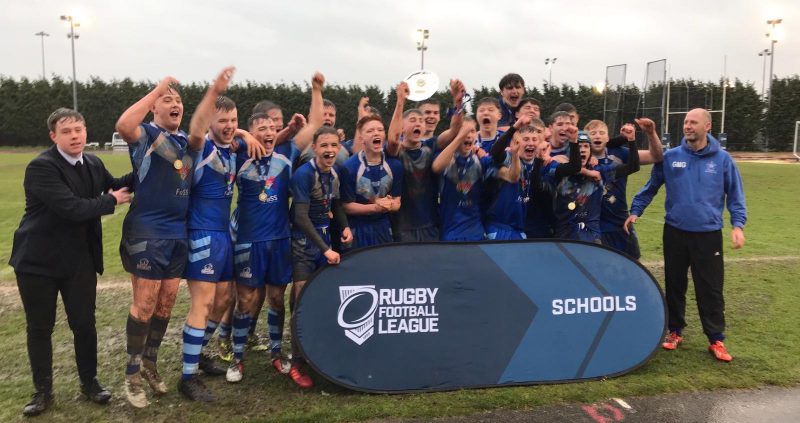 The under-15s also earned and enjoyed a finals double-up although they were beaten in both despite putting up brave displays.

Beamont School of Warrington beat them at Robin Park in the North-West final and Brooksbank School of Elland turned them over in the National final at Victory Park, Warrington.

This match was one of several age-group finals on the same day which were played as part of the Warners Champion School event. All games were screen on the Our League app.

To reach this final Saddleworth beat St John Fisher of Wigan 12-10 in the national semi-final. 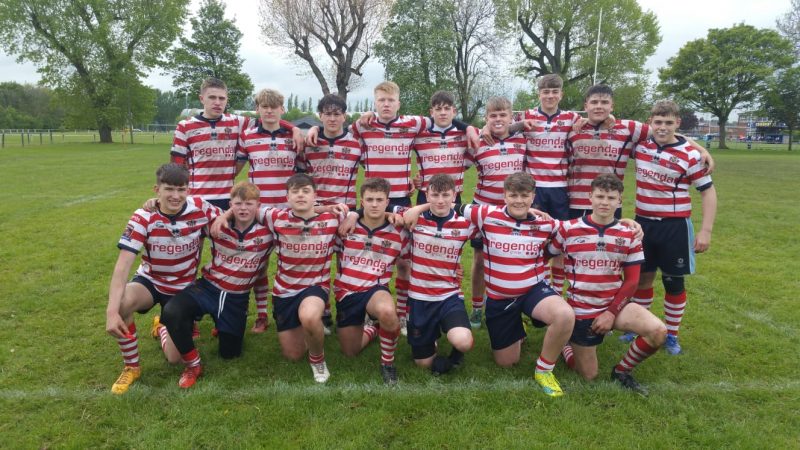