Both new boys in 19 to travel to London

​Scott Naylor has named both of his new signings, Ed Smith and Jimmy Beckett, in his 19 for tomorrow’s (Sat) game at London Skolars (3pm kick-off).

They replace Ben Calland and Paul Crook in the last 19-man squad for the game against North Wales Crusaders three weeks ago. 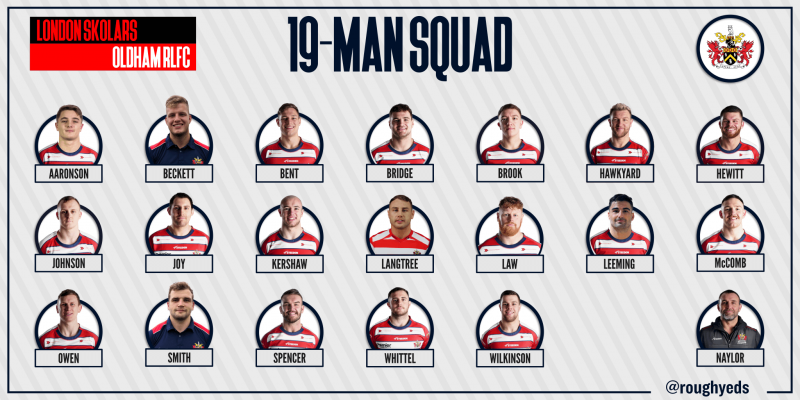 Oldham are undefeated in their last 11 games against Skolars, having won ten and drawn one.

Roughyeds are also unbeaten in their last six away games against the Londoners, having won five and drawn one.

The game will be streamed live on the OuRLeague app — a bonus for those Oldham fans who won’t be making the long trip.

Newcastle Thunder, who come to the Vestacare Stadium next Sunday, August 11 in the first of two ‘Awesome August’ home games, have signed Samoan international back Quentin Laulu-Togagae.

He goes straight into the squad for the Geordies’ game at West Wales Raiders and will be set to play at the Vestacare Stadium on August 11, maybe at outside-half.