Hawkyard gets a well-earned rest

​Action man Ritchie Hawkyard, whose kamikaze performances all season have endeared him to Roughyeds fans, gets a well-earned rest tomorrow (Sun) when Scott Naylor’s men take on Coventry Bears at the rugby union club in the Warwickshire market town of Rugby, accessed via junction 1 off the M6 and kicking off at 3pm.

Postcode for the ground on Webb Ellis Road is CV22 7AU.

Named man of the match in the last game against Doncaster, 33-year-old Hawkyard’s omission from the 19-man squad is one of four changes compared with the 19 named for the last game.

McComb (shoulder), Bridge (shoulder), Smith (ribs) and Spencer (back) have been under treatment during the week.

Hooley and Adam Brook were the two members of the last squad who didn’t play. They are included again. 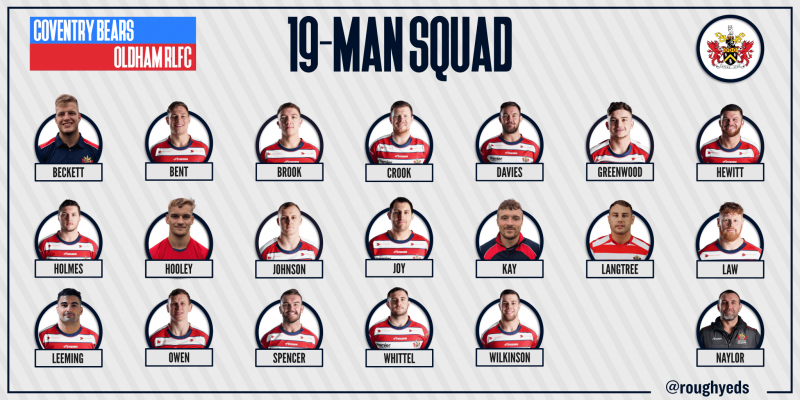