New boys immediately in the mix

OLDHAM new boys Jimmy Beckett and Ed Smith look set to be thrown in at the deep end, perhaps as soon as this Saturday’s tough clash at London Skolars.

Both trained last night (Thursday), head coach Scott Naylor confirming afterwards that they were in contention, with everyone else, for the Saturday trip to the New River Stadium in North London. 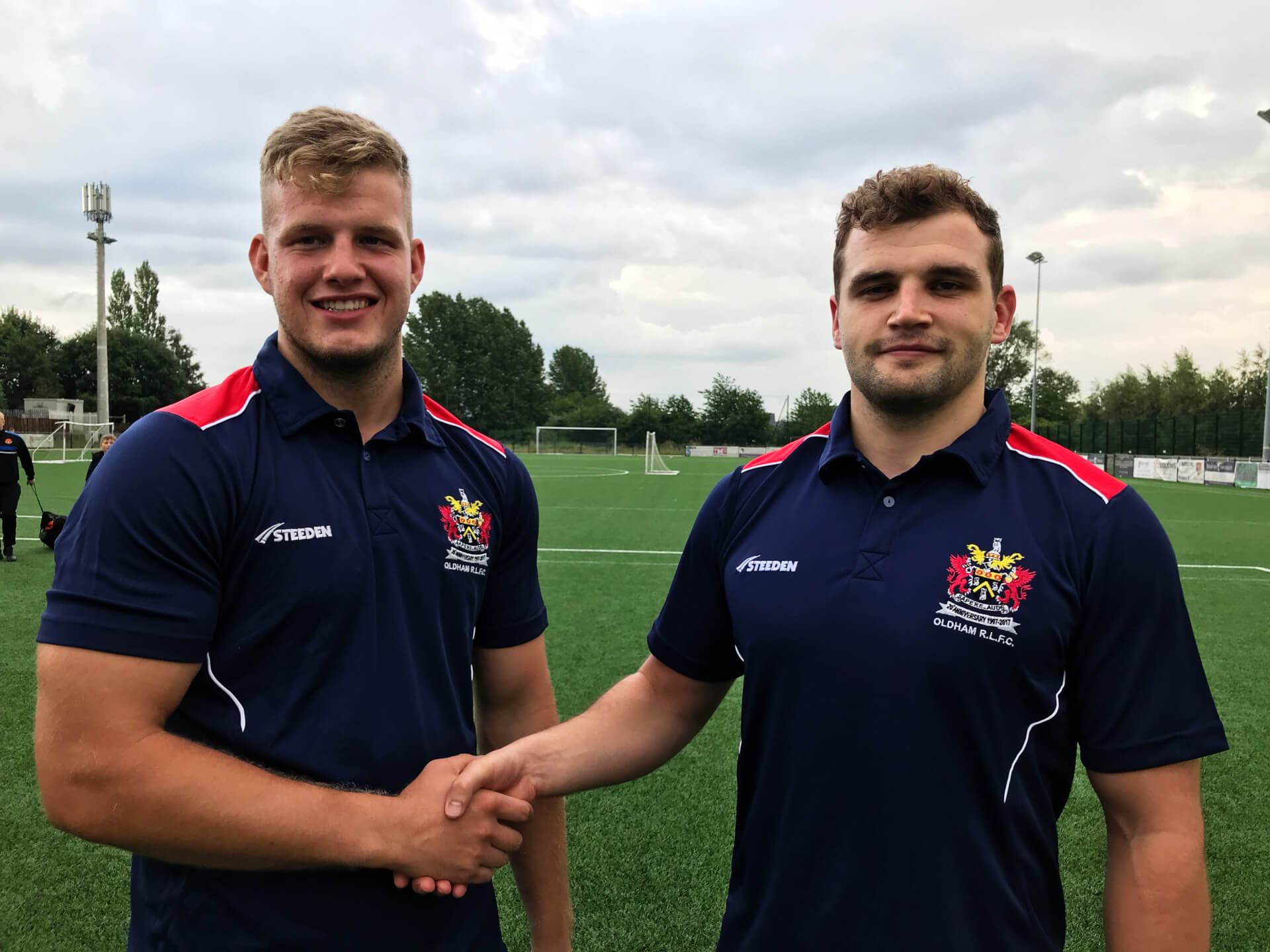 The arrival of Smith, 26 and hugely experienced at League 1 and Championship levels, and Beckett, 20 and with only a handful of first-team games to his name, strengthens the forward pack and gives Naylor more choices.

Everyone is fit apart from Aaron Jones-Bishop so Naylor will have plenty of options and the scope to name a “horses for courses” 19-man squad.
His 19 will be named later today.

He said there were huge differences in what he would expect from the new boys — one a vastly-experienced forward who has been out of the game for two years and the other a young player who was still making his way in the game.

He said of Smith:

“Ed needs to regain his confidence, but once he’s done that I’m sure he’ll just get on with the game and go on to become a top player for us in the crucial weeks ahead.”

And of on-loan Beckett?

“Jimmy is trying to force himself into the Featherstone team. We can give him that opportunity by offering him the chance to show what he can do at Oldham.

“His arrival is timed to perfection because some of our front-rowers have had to have too much game time because of numbers.”

The club wishes fans to know that the £65 a head official club trip to Wembley on August 24 for the two cup finals is now sold out.

Roughyeds wish to thank those who are travelling with us for their support.