Our next player focus is on recent signing Cameron Leeming.

Since signing for Oldham in June this year Cameron has already scored five tries in seven appearances.

A boy who found football difficult, he took up rugby league at the age of nine when a school friend persuaded him to have a go at the 13-a-side code.

He liked it — and he’s liked it ever since, writes JENNY McGRANE.

A product of the Stanningley club in Leeds, Leeming later joined Wakefield Trinity’s academy and then had spells with Hunslet and Keighley Cougars before joining Dewsbury and then Oldham. 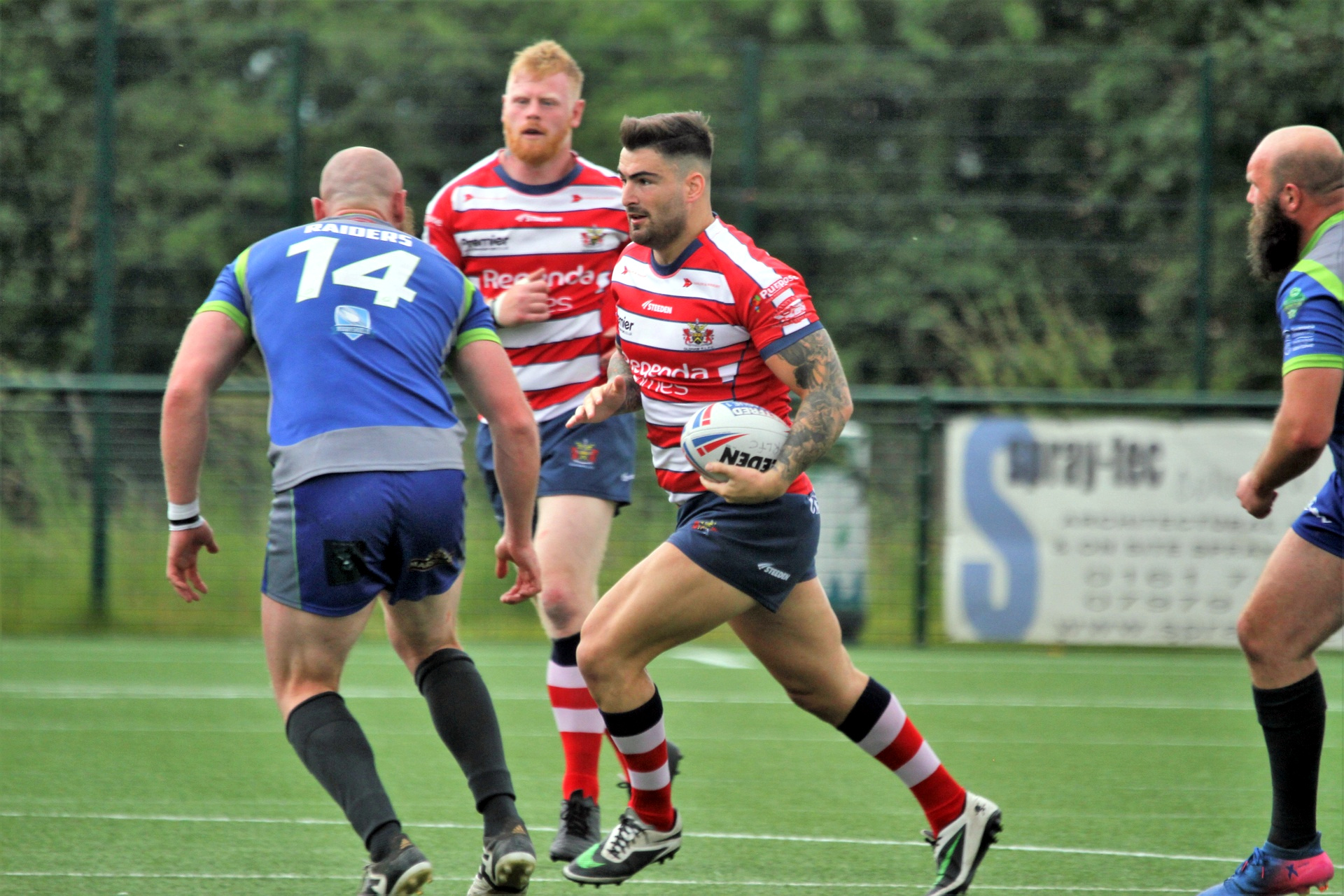 His hero is his Oldham team mate Emmerson Whittel ‘for always being enthusiastic and happy all the time around training and on match days’.

Away from rugby, Cameron usually spends his Saturdays following Leeds United. He knows that some Oldham fans won’t be too impressed with that !

Although relatively new to the Roughyeds squad, he has settled in well and is enjoying working hard.

He would describe himself as Mr Greedy, adding: ”

I eat far too much and I’ve got a sweet tooth !”

If he was to take a team mate to a desert island it would be Adam Brook. He explained:

“Adam would have figured out a way to get us off the island within an hour, No doubt about that.”

Cameron’s thoughts on the season so far ?

“I can only comment on the last six games, five of which we’ve won so it’s been an enjoyable start for me. It was frustrating to lose at Whitehaven because we could have won, but we will see how it all ends up.

“Realistically, it looks like we’ll be in the play-offs, but the way we played against Newcastle showed that we have no need to fear anyone .

“No one will want to play us at the Vestacare so, at the very least, we should secure second position.”