He then went to Leigh Miners and from there to Salford, playing for their youth side before going out on loan to North Wales in 2016 and then to Halifax on a dual-reg agreement in early 2017.

Oldham then signed him half way through 2017, writes JENNY McGRANE.

Roughyeds got their man because Matty sees Oldham as an honest, hard-working club with a top set of lads and a loyal fan base, not to mention a head coach in Scott Naylor whom he has a lot of time for.

When Matty signed he knew a few of the players who were already at the club, including George Tyson, Adam Clay and Luke Adamson. This made the move easier for him. 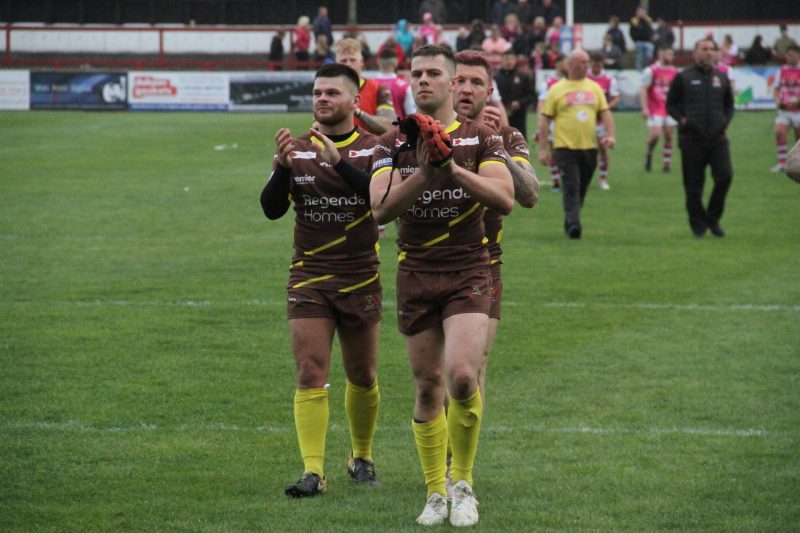 Since signing, Matty has made 48 appearances and has scored 19 tries, racking up 76 points.

He sees himself as an impact player, speeding up the game when he comes off the bench and hopefully respected within the group as honest, respectful and methodical.

Outside rugby, he likes to watch Bolton Wanderers FC and also follows cricket which means he is sure to be enjoying the Ashes series over the next few weeks.

His heroes are cricketer Alastair Cook, former footballer Kevin Davies and TV personality Karl Pilkington, while within the rugby world he admires Marcus Morris-Williams and Adam Jones, who is the best player he has played against

Matty would take David Hewitt to a desert island with him because he always carries protein bars and chocolate with him.

From the Mr Men series Matty would pick Mr.Dizzy.

‘Very inconsistent, with some good performances and some well below standard. Hopefully we can get some momentum going into the playoffs’.

Where will we finish?

“It’s looking like Whitehaven have won the league now, so congratulations to them. Hopefully we can finish second and put ourselves in a good position to do well in the play-offs.”